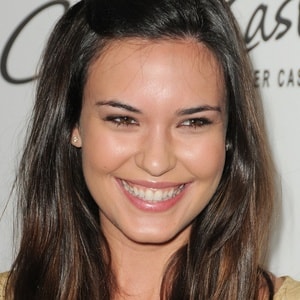 Odette Annable is a married girl. She fell in love with her co-star Dave Annable. Soon they decided to take their relationship to the next level and get married. The couple tied the knot on 10 October 2010. They welcomed a daughter, Charlie Mae Annable 0n 7 September 2015. The family currently resides in Atlanta, Georgia.

Previously, she was in a relationship with Trevor Wright, who is an American actor.

Who is Odette Annable?

Odette Annable is an American actress and she is famous for her roles in television and film. She is popular for her role as Dr. Jessica Adams in the Fox medical drama series ‘House’, Beth McIntyre in the monster film ‘Cloverfield’, Samantha Arias/Reign in ‘Supergirl’, and Aubrey Diaz in the ABC drama series ‘October Road’.

She portrayed the role of Spanish-speaking student in ‘Kindergarten Cop’ at the age of 5 and later she played in the ‘South Beach’ TV series and in the movie ‘october Road’.

She joined Woodcrest Christian High School in Riverside, California and graduated from there.

As Odette started her career as a child actress, she played the leading role in the movies like ‘Reckless Behavior: Caught on Tape’ and ‘Cloverfield’. She made her appearance in the comedy film ‘Walk Hard’ and in the film ‘The Unborn’.

She portrayed the role of nurse Annie Miller in season five of ‘Brothers & Sisters’ in 2011and played Melaine Garcia on the comedy ‘Breaking In’ as a regular in its first season and then appeared as a guest star thereafter.

She played as Dr. Jessica Adams in the TV series ‘House’ and remained in the show until the finale in May 2012. She was cast as Trudy Cooper in the ABC series ‘The Astronaut Wives Club’ in March 2014 and joined as the main cast as Samantha Arias of the CW series ‘Supergirl’.

She has an estimated net worth of $4 million and her main source of income is her professional career.

She along with her husband are not afraid to let their fans into their personal life, even their bedroom. Dave called out Odette on Instagram in a hilariously adorable video after she postponed having sex.