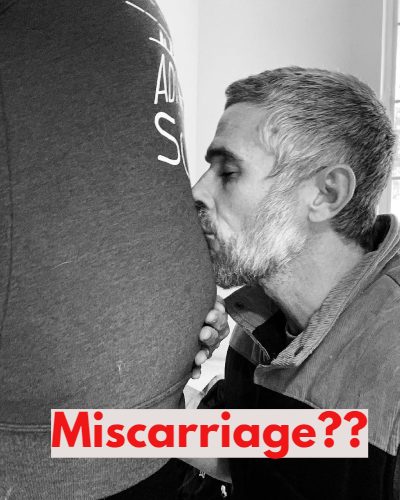 Odette Annable has suffered a miscarriage again! On 8th June 2021, she and her husband Dave Annable suffered a third pregnancy loss. She revealed the tragedy on her Instagram with an emotional post sharing two black and white photos of her holding her baby belly. Odette revealed,

“The one thing that was certain was how Dave and I both felt when I found out I was pregnant. We were elated. After having two miscarriages after Charlie and after our personal journey as a couple, we finally felt like we were in the right place and our gift was this baby in my belly.”

“I was 15 weeks pregnant when this photo was taken back in December and today would have been your due date. There was another plan and our baby is no longer with us. I share this because what you see on a social media page isn’t always what’s going on in real life. My social media page consists mostly of a highlight reel.”

She made it clear that it was not a pregnancy announcement and she has suffered from miscarriage twice already. Luckily, the couple has a 5-year-old daughter Charlie Mae after which she had her two miscarriages. After all these miscarriages and trying to have children they decided to separate after nine years of marriage in October 2019.

However, they sorted things out and got back together in August 2020. They again tried to expand their family but it ended in tragedy again.

Odette Annable is an American actress and she is famous for her roles in television and film. Also, she is popular for her role as Dr. Jessica Adams in the Fox medical drama series House, Beth McIntyre in the monster film Cloverfield, Samantha Arias/Reign in Supergirl, and Aubrey Diaz in the ABC drama series October Road. Read more bio…