Odette Yustman and Dave Annable Welcome Their Second Baby Together! 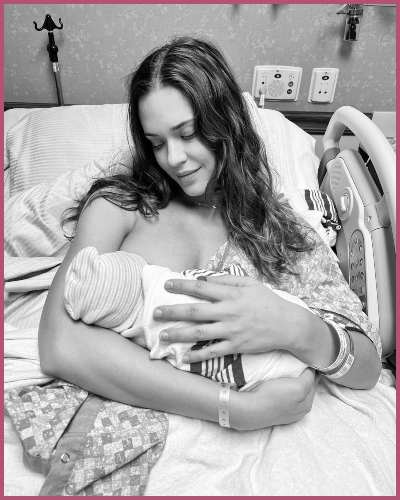 Dave and Odette Annable have welcomed their second baby girl after a few miscarriages. Here’s baby Anderson for you!

Who is Andersen “Andi” Lee Annable?

Dave, 43, had shared the news in an Instagram post featuring photos of baby Anderson and her big sister, 7-year-old Charlie Mae captioning,

“Odette and I, but mostly Charlie are thrilled to welcome Andersen Lee Annable ‘Andi’. Mom and baby are doing great. Big sister Charlie has not stopped smiling. The next chapter has begun and we couldn’t be more grateful. #Familyoffour #AndiAnnable.”

The new mother also kept on writing to the baby news about the birth date of the newborn saying,

“You came into this world last Thursday October 13th, fast and furious in about 2 hours door to door. Birth story is for another day. Phew 😮‍💨.”

The mom of two then shared her love for baby Andi, writing,

“For now, we will keep drowning in your sweetness and soaking up every bit of this beautiful time in our lives. If you were wondering, yes, Charlie is obsessed and yes, she thinks she is only HER baby.“

Into the Marriage and Kids of Dave and Odette Annable

The Brothers & Sisters actor and Supergirl actress are married for over 12 years now. They had tied the knot in a private ceremony in Ojai, just north of Los Angeles, on Oct. 10, 2010.

The couple announced separation after nine years of marriage in October 2019 only to reconcile the differences 9 months back in August 2020.

During the split phase, Dave was away from social media as he had feelings of depression and anxiety. Meanwhile, the couple was co-parenting their first child, daughter Charlie Mae birth to a daughter in September 2015.

Who is Dave Annable?

He also featured as Henry Martin on the ABC supernatural drama 666 Park Avenue. His role as Pierce Harrison on the NBC medical drama Heartbeat was also critically acclaimed.

George Clooney Gets Candid about Why His Proposal to Wife Amal was Almost a Disaster!
Tags : American Actor American Actress Supergirl actress