Posted by MarriedBiography Posted on October 28, 2020 | In Legal , Lifestyle
Share this

It was a misfortune that struck an Ohio sugar daddy who is aged 65. His sugar babe who was in her 20s fled with his pants and wallet leaving him in distress. Therefore, he was forced to contact the police on this matter and the police are investigating!

Ohio Sugar daddy and his trouble on the second date

It was a sad turn of events for a Trumbull County man who is aged 65. He was the sugar daddy for a young sugar babe in her 20s. And it was his second date with this babe. The Ohio sugar daddy had met her through a Sugar Daddy online escort service. But he was left in distress when the sugar babe made off with his pants including the wallet in its pocket.

The sugar daddy had to alert the police on this matter. He and the sugar babe were at the Drury Inn & Suites. And the police came in at 9.15 pm at night to investigate the matter. The only information that the sugar daddy could provide was that her name was Babe. Besides, she was wearing whitish-yellow fuzzy ankle boots.

The whole story of the theft

The Ohio sugar daddy whose name has not been revealed for obvious reasons was on his second date with the same babe. The two had dinner that night and later returned to their hotel room. After coming into the room, the woman got on the phone with her sister. The sugar daddy later told the police that she allegedly gathered the man’s belongings including his jeans with the Polo wallet and left the building quickly.

The woman got into a waiting silver Chevrolet HHR that was in the parking lot of the building. The Ohio man had chased this car but lost sight of it later. But he managed to the license plate number of the vehicle. And while he was talking to the police, he got a message from one of his credit card companies. This message was that there was an attempted purchase worth $ 500 at a Family Dollar store in the Warrensville Heights area code. And also, there was another transaction worth $3 at a Sunoco in Slavic Village.

About the suspected woman

As per the police records, the suspect is a Black woman in her 20s. Her height is 5 feet and 6 inches. And her weight is around 110-120 pounds. She has short black hair and was wearing a yellow shirt with a brown jacket and whitish-yellow fuzzy ankle boots.

The Ohio police are looking into this matter but until now the suspect was not held. It is not known whether the police could trace the owner of the car whose license plate number the sugar daddy had got and passed it to the police. Also, the police have not revealed how much money was in the wallet at the time of the crime.

Also, read Amber Gill talked about a sugar daddy who wanted to pay her 60k pounds to spend three days with him in Dubai! 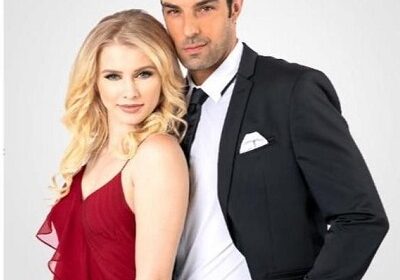