Oksana Baiul is a former Ukrainian competitive figure skater. She is married.

Oksana Baiul is a married woman. She is married to her former manager Carlo Farina.

There is no information about their marriage history. In January 2015, she announced that she is married to Carlo. She has not disclosed her marriage date to the media.

She is a mother of a girl named Sophia, who was born in 2015. Oksana currently lives in Las Vegan with her husband. Previously, she was in a relationship with Gene Sinuk.

The couple got engaged in the summer of 2004. After a year, she broke off her engagement to Gene Sinuk in 2005. 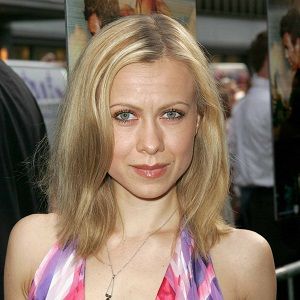 First, I have to thank God for giving me the gift that he did as well as a second chance for a better life

My weaknesses are my jumps. The reason is that although I land them in practice, when I actually compete or perform, I should let my body go and stabilize my mind better. Also, I need to work on not letting negative thoughts and emotions get to me on the ice

Olympic Gold changed me and my life dramatically. I became a celebrity overnight and people see me as a famous skater, not a real person.

Who is Oksana Baiul?

Oksana Baiul is a former Ukrainian competitive figure skater. She is the 1993 World Champion and the 1994 Olympic champion. Oksana is the first skater to win gold at the Winter Olympics representing Ukraine. She is also the first Olympic champion of independent Ukraine in any sport.

Oksana Baiul was born on 16 November 1977, in Dnepropetrovsk, Ukrainian SSR, USSR (now Ukraine). Her nationality is Ukrainian and she is of Russian ethnicity.

Her birth name is Oksana Sergeyevna Baiul. Her parents divorced when she was two years old. She was raised by her mother, Marina Baiul, a French teacher, and her maternal grandparents. Her father, Sergei Baiul died in 2006.

She was interested in skating since her childhood. Her grandfather was also supportive of her skating which she began at age three in Dnipropetrovsk. She won her first competition when she was just seven years old.

Baiul was coached by Stanislav Koritek during her early career days. She won her first international media, a silver medal at the 1993 European Championships in Helsinki.

In 1994, she became the silver medalist at the European Championships in Copenhagen. She has also won the 1993 World Championship and the 1994 Olympic champion in ladies’ singles.

She became the first skater to win gold at the Winter Olympics representing Ukraine and the first Olympic champion of independent Ukraine in any sport. Currently, she has her clothing line, The Oksana Baiul Collection.

She has been a successful skater in her career and she has accumulated a net worth of 20 million dollars as of 2022, but her salary is not revealed yet.

Currently, there are no desperate rumors regarding her personal and professional life. After her skating career, she suffered from several alcohol-related problems, including a car crash in Connecticut in 1997 where she was arrested for driving under the influence of alcohol.

Oksana has a height of 5 feet 3 inches. Her body weighs 43kg. She has blonde hair and blue eyes. Her body figure measures 23 inches for her waist size, 32 inches for breast size, and 33 inches for hip size. Her shoe size is 7 US and her dress size is 2 US.

Furthermore, also find out more about the early life, career, net worth, relationships, and controversies of figure skaters like Ashley Wagner, Gracie Gold, and Alex Shibutani.