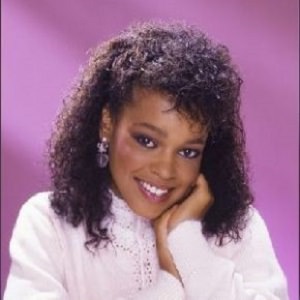 What is the relationship of Ola Ray?

Ola Ray has kept her personal life private and out of the spotlight. She usually doesn’t talk about her private life in media and in public. There is no record of her marriage and divorce till now.

The couple together had a daughter named Iam Ray was born on March 6, 1995. Ola and Terry didn’t have a long-term relationship.

Since then, she has not been in any confirmed relationships till now. Due to a lack of transparency in her personal life, her current relationship status is unknown.

Who is Ola Ray?

Ola Ray is an American actress and former model. She is best known for her role as the girlfriend of Michael Jackson in the music video Thriller (1983). She was the Playmate of the Month for the June 1980 issue. Ray is also famous for appearing in George Benson’s music video, Give Me the Night in 1980.

Ola Ray was born on 26 August 1960, in St. Louis, Missouri, USA. Her nationality is American and she is of African-American ethnicity.

Ray began her career as a model at a young age in Japan. After that, she moved to Hollywood, California at the age of fifteen. She became widely popular when she became the Playmate of the Month in the June 1980 issue of “Playboy.”

She then achieved her greatest popularity as Michael Jackson’s girlfriend in the successful music video song “Thriller” in 1983. Later, she had small roles in the TV films Automan, Gimme a Break!, Cheers, and What’s Happening Now!! in the mid-1980s.

She then played the character, Sable Fox, in the movie The Night Stalker (1987).  Ola also had a small role in the 1987 movie Beverly Hills Cop II. After a long break from the film industry, Ray got back in the industry by playing the character Betty in the 2015 movie Toy Soldier.

How much is the net worth of Ola Ray?

As of 2022, she has a net worth of 500 thousand dollars but her salary is not revealed yet.

In 1992, Ola was arrested for possession of cocaine. She then spent nine months in rehab in Tarzana, California. In 2009, Ola filed a lawsuit against Michael Jackson for failing to pay her royalties for “Thriller.”

At first, she blamed Michael Jackson. She ultimately sued Jackson in May 2009 in a dispute to obtain uncollected royalties. Jackson’s family settled the lawsuit in 2012.

What are the body measurements of Ola Ray?

Also get to know more about the birth facts, education, career, net worth, rumors, height, and social media of different personalities like Candice Bergen, Maitland Ward, and Nazanin Mandi.