She is possibly single after breaking her relationship with Nico Tortorella. Olesya Rulin is a Russian-American actress

Being of a romantic character, she has dated with Andrew Gray McDonnell sharing a romantic but a very short relationship the couple split after few months. The same year she was seen dating the dashing showbiz hunk Nico Tortorella.

Apart from it, Olesya has not said anything about her relationship or anything related to her personal life. She is currently unmarried and her fingers are still seen without rings which reveal that she is not engaged to anyone.

She is possibly single after breaking her relationship with Nico Tortorella. 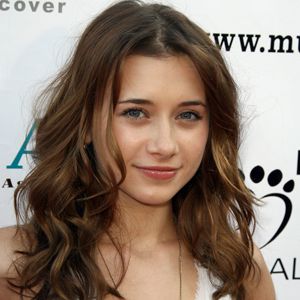 My family is a kaleidoscope... My family is like that. We're all different colors, like a prism. When we have light shine and stuff, we're beautiful. When it's dark, nothing shines, and it's a rock

I'm a little untidy, and my favorite color is gray, and I'm always scurrying around in a panic

I attempt to surf. I'm not as good as anyone else in the water. I'm more like a beached whale. I just hang out on my board. I can ride, but I get too nervous unless I go with my boyfriend or my trainer. There are too many burly men out there!

Who is Olesya Rulin?

Olesya Rulin is a Russian-American actress. She is famous for co-starring in all movies of the High School Musical. Her other movie that made her famous includes Private Valentine: Blonde & Dangerous, Flying By, Expecting Mary, and Family Weekend.

Olesya Rulin was born on 17 March 1986 in Moscow, Russia. Her nationality is Russian-American and her ethnicity is Russian.

Her birth name is Olesya Yurivna Rulin. Her mother’s name is Natalia Rulinskaya and her father’s name is Yuriy Rulinskaya. She has a brother named Daniil Rulin. She spent her childhood in Likhoslavi and later moved to the USA at the age of eight. Initially, they lived in Texas and later in Utah.

Olesya didn’t speak much about her personal life neither she talked more about her childhood. She always kept quiet when asked much about it. Being a pescetarian she can read write and speak fluent Russian.

Being trained in Ballet dancing, Olesya entered in model search contest at her mom’s urge and won representation by four different agencies. Apart from acting, she is also a nursing assistant.

She also worked at stores including Victoria’s Secret and Nordstrom. Olesya started her career at the age of 15 with a little role in Hounded, starting his career in Disney’s World.

Later she signed for two more roles The Poof Point and Halloween Town High. She was also a part of the horror movie Urban Legend: Bloody Mary.

Olesya has also acted in High School Musical movies. Although she had a small part in the first part it was significantly larger in the second one which included her solo number “You Are The Music In Me” Olesya did the same role as Kelsi Nielsen in its third part, High School Musical 3: Senior Year a large role including performance in three songs.

She also co-starred in the movie Major Movie Star with Jessica Simpson’s released under the title Private Valentine: Blonde & Dangerous.

Her other role includes Ellie in Flying by, Mary in Expecting Mary, and Emily Smith-Dungy in Family weekend

Her television roles include Greek, CSI: Miami, Drop Dead Diva, and Dirty Work. She also worked in 2 episodes of Underemployed as Pixie Dexter and was also cast in the main role as Calista Secor in the series Powers.

Olesya Rulin: Salary and Net Worth

American tabloids reported that Olesya is pregnant after she was seen with a little baby bump during a romantic dinner nearby her place.

Another source also revealed that she twice made a toast but only with water instead of wine. Although Olesya didn’t speak about it.

Olesya Rulin calls her boyfriend Nico Tortorella a superhero. Is their breakup just a rumor?