Coming to the topic of Oliver’s personal life and relationship, he is a happily married man. As of 2022, he has exchanged vows with Jessica De Gouw. Jessica De Gouw is a professional and well-known actress as well.

On the other hand, Jessica is an Australian-born American actress. To date, the couple does not have any children together. However, there are no details accessible about Oliver’s past relationship before his marriage. 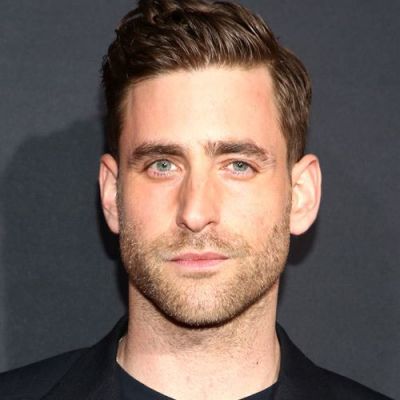 Who is Oliver Jackson-Cohen?

Oliver Jackson-Cohen is a famous English actor and model.

Moreover, he is prominently known for his role as Adrian Griddin in the 2020 adaptation of The Invisible Man and also for his roles as Luke Crain and Peter Quint in the Netflix television programs The Haunting of Hill Gouse (2018) and The Haunting of Bly Manor (2020).

Oliver Jackson-Cohen was born on October 24, 1986. At present, he is 35 years young star. Likewise, his birthplace is Westminster, London, England.

Oliver is the son of David Cohen, father whereas his mother is Betty Jackson. By profession, his mother is a prominent costume designer. And, she has also been a part of the entertainment industry for several years.

Talking about his nationality, Cohen holds a British and French identity. On the other hand, his mother is English and from a Protestant background. Cohen’s father is from an Egyptian Jewish family.

Regarding education, he went to a French-language school. Later on, he joined the Youngblood Theatre Company during weekends. Also, Cohen went to the Lee Strasberg Theatre and Film Institute in New York City.

Oliver Jackson-Cohen initiated his career with a small role in the television series Hollyoaks. It was when he was just 15 years old.

Later on, he then made his appearance in the ITV series, The Time Of Your Life (2007). After a year, he worked in the BBC adaptation of Lark Rise to Candleford in 2008. Some of his further projects are  The Rooftopsmiths, Going The Distance (2010), Faster.

Similarly, he appeared in a series, Funny or Die as Prince William, Duke of Cambridge in 2011. His further appearances include in World Without End, Mr. Selfridge.

In the year 2013, he was also cast as Journalist, Jonathan Harker in the NBC series, Dracula. Again, he worked in the film adaptation of the 2004 novel, Despite the Falling Snow in 2014. During the same year, he played the role of James, Duke of York in ITV’s miniseries, The Great Fire.

Amazingly, he further kept on working and appearing in several hit roles in the movies as well as series. Oliver then made his appearance in the 2015 miniseries, The Secret River.

Not only this, but Cohen also worked in The Healer as Alec Bailey, Emerald City, The Haunting of Hill House (2018), The Invisible Man (2020).

Recently, he appeared in the drama film, The Lost Daughter (2021). Also, he is going to appear in a romantic comedy, Mr. Malcolm’s List.

Being a successful celebrity, Oliver can earn a good amount of income through his profession. It is reported that Oliver Jackson-Cohen has an estimated net worth of $3 million.

However, Oliver has not disclosed his exact salary, earnings, and assets details till now. These kinds of information about Oliver Jackson-Cohen are kept a low profile at present.

Talking about Oliver’s body measurements, he has been able to maintain an appropriate height and weight with his body structure. He stands at a height of 6 feet 3 inches. Also, he has a balanced bodyweight of 75 kg.

Furthermore, Cohen has green eyes whereas his hair is dark brown. Nevertheless, the well-known actor, Oliver has never mentioned other physical details in the public yet.

Regarding his social media presence, Oliver Jackson-Cohen is an active personality on social media. Oliver has more than 428k followers on his official Instagram account @ojacksoncohen. He is also active on Twitter with around 30.9k followers.

His username on it is @OJACKSONCOHEN.

Moreover, Cohen is also available on Facebook with nearly 25k fans and supporters with the username Oliver Jackson-Cohen.