Oscar-winning actor-filmmaker Oliver Stone is married and a father of three. 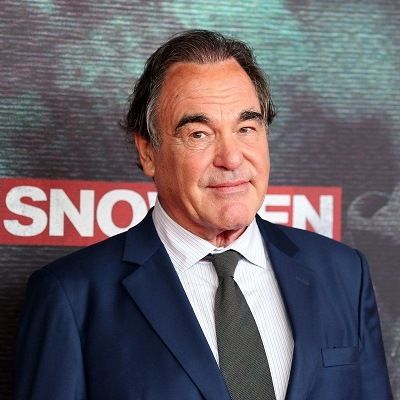 Fear may very well be a caveman fear of the predator, of the giant lizard chasing them - maybe that's what Steven Spielberg connects with so well in Lost World

There's an electrical thing about movies.

Oliver Stone is a married man, he married Najwa Sarkis on May 22, 1971. But the marriage didn’t last long as they got separated on May 10, 1977. Then, he married Elizabeth Stone on June 6, 1981, the couple has two children namely, Sean Stone and Michael Jack Stone.

But, the marriage didn’t last long and they divorced on January 7, 1993. Currently, he is married to Sun-Jung Jung on January 16, 1996. The couple has one kid namely, Tara Chong Stone.

Who is Oliver Stone?

Oliver is an American writer, filmmaker, and conspiracy theorist. Likely, Stone won an Academy Award for Best Adapted Screenplay as a writer of Midnight Express (1978). He also wrote the acclaimed gangster movie Scarface (1983).

Stone achieved prominence as director/writer of the war drama Platoon (1986), for which he won the Academy Award for Best Director and the film received Best Picture.

Oliver Stone was born in New York City, New York, the United States on September 15, 1946. His birth name is William Oliver Stone and he is currently 72 years old. His father’s name is Louis Stone and his mother’s name is Jacqueline Goddet. Whereas, his parents divorced in 1962, an incident that deeply affected him.

There is no information about his siblings. Oliver holds American citizenship and mixed (Ashkenazi Jewish- French) ethnicity. His birth sign is  Virgo.

Talking about Oliver’s education, he graduated from The Hill School located in Pottstown, Pennsylvania, in 1964. He then enrolled at the Yale University, from where he dropped out after his first year to take up a teaching position at the Free Pacific Institute in South Vietnam.

Talking about his profession, during 1974, he made his directorial debut with the horror-thriller film, ‘Seizure’, for which he also co-wrote the screenplay. With a run time of 98 minutes, the film depicts the story of a horror writer who virtually lives his nightmare. In the year 1981, he wrote and directed his next psychological horror film, ‘The Hand’. Based on Marc Brandell’s novel titled, ‘The Lizard’s Tail’, the movie starred Michael Caine and Andrea Marcovicci.

During 1986, he directed the Academy Award-nominated war-drama film, ‘Salvador’, which was based on the Salvadoran Civil War. Next, he came up with his Academy Award-winning film, ‘Platoon’. It was very well received by the critics and audiences alike. Apart from directing, he wrote the screenplay for Al Pacino’s drug lord tale ‘Scarface’ and ‘Year of the Dragon’ with Mickey Rourke

In the year 1995, he also directed the biographical film titled, ‘Nixon’, based on the life of US President Richard Nixon. The year 1997 witnessed the release of his film, ‘U-Turn’, which was based on the book ‘Stray Dogs’ by John Ridley. The film received a series of mixed reviews from film critics.

Similarly, in 2009, he made the documentary film, ‘South of the Border’, which premiered at the Venice Film Festival.  In the year 2012, he directed the crime thriller film, ‘Savages’, which was based on a novel of the same title. The film was an average at the box office and received mixed reviews.

He has an estimated net worth of around $70 million (as per 2019 data) and he has earned that sum of money from his professional career. With this whopping amount, this filmmaker is living a lavish life. His career has earned him lots of fame and fortune.

In 1991, he directed the political thriller film, ‘JFK’, which was based on the assassination of President John F. Kennedy. It is his most controversial, ambitious and successful film till date, which went on to win two Academy Awards. Currently, he is far from rumors and controversies.

Oliver Stone has a height of 6 feet and he weighs 87Kg. Oliver’s hair color is black and his eyes color is dark brown.

Also, read the affair, salary, the net worth, controversy, and the bio of Matthew Felker, Mara Wilson, Jordan Galland