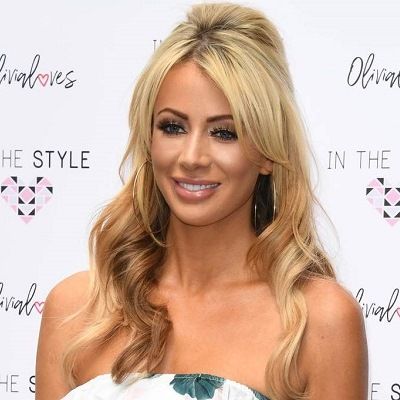 Olivia Attwood is in a relationship, she started dating Chris Hughes while appearing in ‘Love Island.’ She continued her relationship with Hughes even after leaving the show. However, in November 2017, it was reported that Hughes was seen with another woman. On February 16, 2018, while appearing on ‘Loose Women,’ Attwood confirmed that she had broken up with Chris Hughes.

Who is Olivia Attwood?

Olivia Attwood is an English model, social media star, and television personality. She is well known for appearing in the popular reality television series ‘Love Island.’

Attwood went on to appear in other popular television series, such as ‘CelebAbility,’ ‘Celebs Go Dating,’ and ‘I’m a Celebrity… Extra Camp.’ She came up with her own show titled ‘Chris & Olivia: Crackin’ On’.

Olivia Attwood was born Olivia Jade Attwood in Guildford, Surrey, England on May 2, 1991. There is no information about her parents. She has a sister, but her name is disclosed. During her growing up days, Attwood took part in various track and field events, including running.

After making up her mind to pursue a career in show business, Attwood started competing in various beauty pageants, including a ‘Tropic Beauty’ contest where she represented London.

Olivia was working as a motorsport grid girl, she is an English glamour model who got a major part of her fame on 2017s Love island, finishing in third place with her boyfriend, Chris Hughes. She describes herself as “a bit of a player” and says that her sense of humor is her strongest asset.

Olivia worked as a model in the past, she shares pictures and videos of her life including pool-sides selfies and wearing bikinis on private yachts on her social accounts like Instagram and Twitter.

By profession, Olivia is a motorsport grid girl. She is the strongest contestant on dating based reality show ‘Love Island’. Currently, she is residing in Surrey, England. Olivia is an active participant on Love Island. This is a reality-based dating show.