Olivia Cheng is a Canadian actress and broadcast journalist. People mostly know her as ‘Mei Lin’ in the series Marco Polo. She is possibly single. 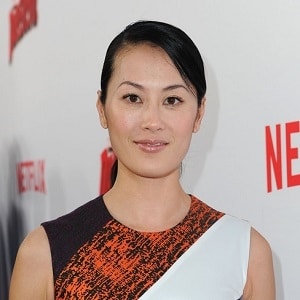 I guess a lot of people didn't recognize that I was an actress as well. I've sort of been forced out of the closet with Broken Trail.

Olivia Cheng has kept most of her personal life away from the media spotlight. There are no records available about her past relationships. At present, she is believed to be single.

Who is Olivia Cheng?

Olivia Cheng is a Canadian actress and broadcast journalist. People mostly know her as ‘Mei Lin’ in the series Marco Polo. Additionally, she was a former correspondent of Entertainment Tonight Canada.

Cheng was born as Olivia Sonya Cheng in Edmonton, Canada on August 20, 1979. She is 39 years old. She was born to immigrant parents from China. Her parents along with others created the “Edmonton Chinese Bilingual Education Association’s Mandarin program” which helps children like Olivia to learn their native language in school. Aside from this, there is no further information about her parents and siblings. Olivia is a Canadian national and of Chinese ethnicity.

Talking about her education, Cheng enrolled in the commerce program at the University of Alberta. As the course wasn’t fulfilling to her, she decided to enroll at NAIT’s Radio and Television Arts program. Finally, she graduated from there, to be a TV reporter.

Cheng became a videographer for Global TV Lethbridge after she graduated from college. After some time, she moved back to Edmonton to work as a broadcast and print journalist. She finally landed a job at ET, Canada as an Entertainment reporter.

She got her major break when she was cast in ‘Marco Polo’, the Weinstein Company Production as Mei Lin in 2014. Additionally, she starred in multiple award-winning mini-series ‘Broken Trail’ produced by Robert Duvall. Furthermore, she has acted on shows like ‘Warrior’, ‘Arrow’, ‘Travelers’, ‘The Flash’, ‘Supernatural’ and movies like ‘Unspoken: Diary of an Assassin’, ‘S.W.A.T.: Under Siege’, ‘Mission NinetyTwo: Dragonfly’, ‘Deeper: The Retribution of Beth’, ‘Messages Deleted’.

Cheng has not been linked with any awards or nominations in her career.

Cheng has not revealed her current salary. Furthermore, there are no details available about her estimated net worth at present.

Cheng has not been part of any notable controversies in her career. Furthermore, at present, there are no rumors concerning her life and career.

Talking about her body measurement, there are no details available about Cheng’s weight and body size. However, she stands 5 feet 6 inches (1.68 m) tall. Her natural hair color is Black and her eye color is Brown.