Olivia Hussey is an English actress. She has appeared in Romeo and Juliet. She is a married woman and has three children. 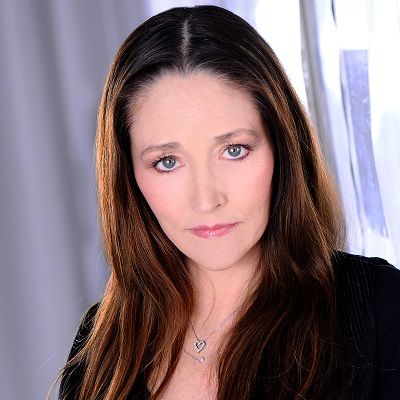 Have the confidence to be your own person

I would love to spend more time in Britain one day. In my heart, I still feel that I'm English, and when I think of home, I think of England

Performers are the neediest people in the world. Unless you've been in that goldfish bowl. nobody can judge unless they've worn those shoes.

Olivia Hussey is married. At present, she is married to David Glen Eisley who is a singer, actor, and musician. Their wedding was held in 1991. Olivia and David have a child, India Eisley.

Their daughter, India Eisley was born in 1993. She is an actress and was seen in 2008’s teen drama The Secret Life of the American Teenager.

Olivia was first married to an actor Dean Paul Martin in 1971. They together were blessed with a son Alexander Gunther Martin in 1973. But they were separated in 1978.

In 1987, Dean’s Phantom jet fighter was crashed in a snowstorm and he passed away.

Hussey wed second time in 1980 to a Japanese singer Akira Fuse. This marriage had two ceremonies, one at Los Angeles and second in Miami. Olivia gave birth to her second child, Maximillian in 1983.

But this marriage also was called off in the year 1989.

Who is Olivia Hussey?

Olivia Hussey is an award-winning English actress. She is best known for her role in the movie, Romeo, and Juliet for which she has won the Golden Globe Award.

Olivia Hussey was born as Olivia Osuna in Buenos Aires, Argentina on 17 April 1951. She has a mixed (Argentinian, English, Scottish) ethnicity.

Her father Osvaldo Ribó (Andrés Osuna) was an opera singer and her mother, Joy Hussey was a secretary.

After her parent’s divorce, Olivia moved to London along with her younger brother and mother.

Her education was completed from Italia Conti Academy drama school in London.

Olivia Hussey started acting on stage from the age of 13. She has done minor roles in two films: The Battle of the Villa Fiorita and Cup Fever in 1965. At the age of 15, she was chosen to play the role of Juliet in Romeo and Juliet (1985).

Olivia after this play was offered to play in Anne of the Thousand Days (1969), and True Grit (1969). She then appeared in several movies and TV series.

Olivia Hussey has an estimated net worth of $8 million US. Her popular movie of 1968 Romeo and Juliet was made under the budget of $850,000 US and it collected a total of $38.9 million US.

Olivia Hussey has a beautiful sparkling pair of green eyes with long dark hair. Her height is 5 ft 2 inches and weight is 59 kg.