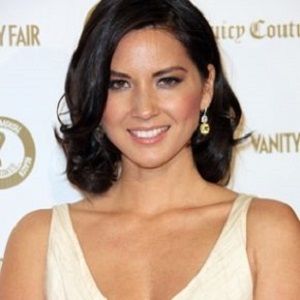 I hate running. I know I'm curvier - I know I'm small, but I'm not ripped. But I make a choice to be that way. I realize my arms aren't as toned as Halle Berry's but I don't want them to be

I just broke up with my boyfriend, so I'm officially single. But one thing I find unbelievably annoying is all these guys in my life who want to save me.

Olivia Munn is dating Tucker Roberts. Tucker is a President of Comcast Spectacor’s Spectacor Gaming division and the company’s Philadelphia Fusion esports franchise. The couple started dating in 2018 and lives together. However, they have not engaged yet. Munn says that marriage and weddings are boring.

Munn also had an affair with Aaron Rodger since 2014. Aaron Rodgers is an American football for the Green Bay Packers of the National Football League.

Who is Olivia Munn?

Olivia Munn is an American actress, model, comedian, and television personality. She is also a successful fashion model. She has become the face of the advertisements like Nike, Pepsi, Neutrogena, and Hewlett Packard. In 2016, she played the role in the movie, X-Men: Apocalypse.

How old is Olivia Munn?

Olivia Munn is 40 years old. She was born on 3 July 1980, in Oklahoma City, the United States. Her nationality is American and her ethnicity is mixed (Chinese, English, Irish and German).

She graduated from Putnam North City High School in Oklahoma City, Oklahoma. For her higher studies, she attended the University of Oklahoma, where she majored in journalism and minored in Japanese and dramatic arts.

With her star-bright smile and sassy sense of humor, this former print model melted the heart of countless video games and sci-fi fans when she became the co-host of G4’s cutting-edge tech-news series Attack of the Show in 2006. Born in Oklahoma but raised in Japan, Munn appeared in a number of commercials before making the leap to TV, landing gigs as sidelines reporter for Fox Sports and bit parts in a few films.

The same year she became G4’s resident bombshell, Munn kicked into high gear in 2010 when she was tapped to star in the TV series Perfect Couples, served as a correspondent on The Daily Show With Jon Stewart, starred in the film Iron Man 2 and authored the book Suck It, Wonder Woman: The Misadventures of a Hollywood Geek. Away from the limelight, she enjoys surfing.

Olivia Munn is rumored to have hooked up with Justin Timberlake (2010) and Brett Ratner (2003). Olivia Munn and Aaron Rodger spark engagement rumors, the gorgeous ring appeared to be a ruby surrounded by diamonds on a gold band, but Munn quickly shut them down via an Instagram post showing a hilarious text exchange with her mom.

The spokesperson for dog walking app, Olivia Munn updates her Reddit fans about the missing dog from Battery Park!

Olivia Munn’s first appearance on the Red Carpet after her split-up with her former boyfriend Aaron Rodgers; The end of the relationship and much more to know