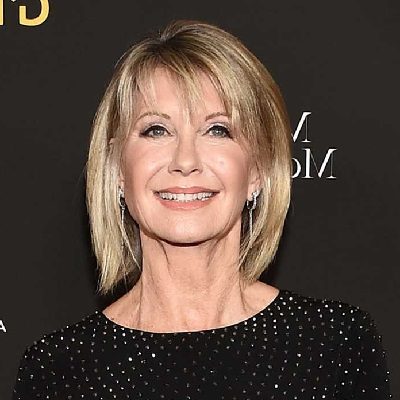 Olivia Newton-John is married to John Easterling. He is the founder and the president of Amazon Herb Company. The wedding took place on the 21st of June 2008 following the Incan ritual. Later, on the 30th of June, they got married legally in Jupiter Island, Florida.

Prior to this, Olivia was in a longterm relationship with the cameraman, Patrick McDermott. They started dating in 1996. After nine years, they got broke up with each other.

Before this, she was married to the actor, Matt Lattanzi. The wedding took place back in December 1984 and was ended in 1994. Together, they have a daughter, Chloe Rose. Chloe is also an actress and singer by profession.

Olivia was also in a relationship with Lee Kramer. She met the British Businessman during her vacation on the French Riviera. They stayed a couple for more than a decade. However, they broke up with each other.

She was engaged with the British singer and songwriter, Bruce Welch. However, they called off their engagement after four years in 1972.

Who is Olivia Newton-John?

British-Australian Olivia Newton-John AC & DBE Honored Singer, Actress, and entrepreneur. She is renowned as Sandy of Grease and Kira of Xanadu.

Last, in 2020, she contributed the soundtrack to the series, 8 Out of 10 Cats Does Countdown.

Next, she will be appearing in the comedy, The Very Excellent Mr. Dundee as Olivia.

Her father, Lt. Brinley Newton-John was a professor whereas her mother Lt. Irene Helene-Born was a writer by profession.

She is the youngest among his two siblings that include a brother, Lt. Hugh, and a sister, Lt. Rona. Hugh was a medical doctor whereas her sister, Rona was an actress.

Talking about education, she completed her High School education from University High School. Before that, she attended Christ Church Grammar School.

– Olivia Newton-John started her career as a singer with her classmates as a singer through an all-girl group. At the time, she used to perform in a coffee shop owned by her brother-in-law. Later, she started performing for the TV and Radio shows including The Happy Show and The Go!! Show.

– In 1966, she released her first singles, Till You Say You’ll Be Mine under the recording label, Decca Records. Five years later, she launched her debut solo album, If Not for You. The album peaked at the 14th position in the Australian Album Chart.

– The following year, she released her second album, Olivia with 14 tracks. In 1973, she launched her third album, Let Me Be There. The album peaked at the 1st position in the weekly chart of Top County Album Billboard.

– In 1974, she represented the UK in the Eurovision Song Contest. Till the date, she has launched 25 studio albums. Besides that, in 2016, she collaborated with John Farnham and released the album, Friends for Christmas.

– In 1977, she debuted with the movie, Grease. In the romantic movie, she appeared as Sandy which turned out to be a big success in her career. At the 20th anniversary, the movie was re-released in 1998 and ranked as the second-highest-grossing film.

– After that, she featured movies like The Wilde Girls, It’s My Party, and Sordid Lives.

Apart from that, she also makes through her business ventures too. Also, she earns through her musical concerts, tours, and music royalties.

Back in 2006, her company ON-J Productions Ltd filed a lawsuit against Universal Music Group. The major reason behind the lawsuit was unpaid royalties that worth $1 million for the soundtrack of the movie, Grease.

Following the year, they announced that the matter was resolved with unconditional settlements.

Olivia Newton-John has blue eyes with blonde hair. Her height is 5 feet 6 inches and weighs around 57 kg. Her body measurements are 34-23-34 inches.

On Twitter, she is following the personalities Gigi Hadid, Gayle King, and Charlie Goldsmith.

She also has a self-titled YouTube channel with more than 52 million views.

Olivia Newton-John talks about the second relapse of her breast cancer and her homegrown cannabis treatment!