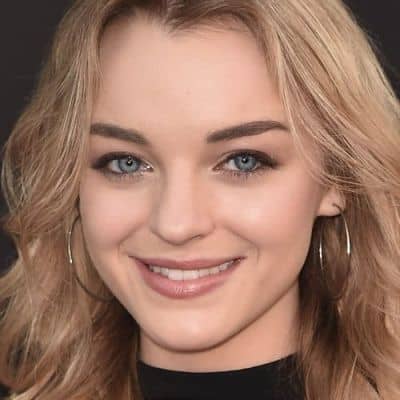 Olivia Rose Keegan is possibly single and is not dating anyone.

Talking about her past relationships, she was rumored to be romantically hooked up with Kyler Pettis, her co-star of Days of Our Lives in 2018. Though, it was only a rumor created by fans.

Later, she was in a romantic relationship with Patrick Warburton in 2020. But, there is no further info about them whether they are together or unattached.

Who is Olivia Rose Keegan?

She is internationally known for appearing as Claire Brady in the American television series, Days of Our Lives.

She is also popular for her work in the suspense-thriller movie, Ameneisac as Audrey.

Olivia rose Keegan was born in San Rafael, California, the United States on November 22, 1999. Olivia is 23 years old as of 2022 and she belongs to the Caucasian ethnicity.

She maintains an American nationality and as per the astrologers, Sagittarius is her birth zodiac sign. She is also known as Liv Keegan.

She enrolled at the Margie Haber Studion and Anthony Meindl’s Actor Workshop and studied acting there.

There is no further information available on the schools and colleges she attended at the moment and her parents’ details.

Olivia rose Keegan was passionate about acting and wanted to work in the entertainment industry from a young age. So, she moved to Los Angeles to further continue her dream career at the age of 12.

After a month, she got a chance to work in two movies titled, Ashley, and Decoding Annie Parker. She went on to work on a number of movies including, Amnesiac, Hand of Gold, Perfect,  and Picture.

She made guest appearances on the reality Tv soap operas like Growing Up Fisher, Sam and Cat, Enlisted, Modern Family, and other commercials.

Olivia has signed the contract with Artistic Endeavors and Paradigm Talent. She was cast in the family movie titled, Salvation Street and made guest appearances on the episode of The Thundermans.

Her recurring role as Claire Brady on the tv soap opera, Days of Our Lives from 2015-2020 gained her fame and recognition among the fans.

Olivia Rose Keegan is a singer as well. She released her song, “Queen is a King” in 2018. In 2020, she booked the role of Lily in the television drama series, High School Musical: The Musical: The Series which aired on Disney+.

In 2018 and 2019 she got in the nomination of the Daytime Emmy Award in the category of Outstanding Younger Actress in a Drama Series through her work in Days of Our Lives.

The actress, Olivia rose Keegan has accumulated an estimated net worth of 4 million USD. There is no detailed info about her salary and income.

Olivia Rose Keegan was rumored to be dating Kyler Pettis after they were found hanging out together in a favorite LA restaurant on the 5th of October in 2018.

Kyler Pettis is an American actor and was also her co-star of her during the set of Days of Our Lives. Later, both of them shut down the rumor by declaring each other just as friends.

Olivia Rose Keegan has a maintained slim body standing at the height of 5 feet 4 inches. She weighs around 50 Kg while her shoe size is 9 (US).

She has beautiful clear skin with a couple of black eyes. Her hair is completely blonde in color which suits her.

Likewise, there is an official Facebook page under her name, Olivia Rose Keegan enriched with a number of followers.

There is also her self-titled Youtube channel, which has earned about 1.47 K subscribers.

She has uploaded only two videos on her Youtube channel 6 years ago.