Updated On November 17, 2022 | Published By: Claude Payton
Share this
Single 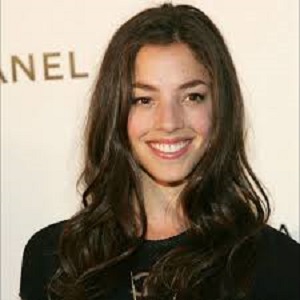 “I feel naked without jewelry. If I'm having a bad hair day, I pick something from my huge collection of hats.”

What is the relationship of Olivia Thirlby?

Olivia Thirlby is still unmarried. However, she has posted a  picture with a guy named Jacques Pienaar on December 30, 2016, and her caption indicates that she might be married to Pienarr. But, she says that he was just her best friend.

The duo has not disclosed anything more and they also have not talked about them getting married. So, it is hard to claim that she is married.

Who is Olivia Thirlby?

Olivia Thirlby is a prominent American actress who is best known for her role as a Leah in the Oscar-winning film ‘Juno’. She is also well recognized for her role in ‘Red Dawn’ in 1984, ‘Dredd’ in 2012, and many more.

How old is Olivia Thirlby?

She was born on October 6, 1986, in New York, USA. Her birth name is Olivia Jo Thirlby and she is currently 35 years old. Her mother is an advertising executive and her father is a contractor, however, their names are unknown. She grew up in Manhattan’s East Village.

She was raised in a Jewish family. Her best friend is Zoe Kravitz. Olivia holds American citizenship and her ethnicity is Ashkenazi-Jewish.

She attended school at Friends Seminary in the city’s Gramercy neighborhood and graduated from there with a class of 57 students. Later, she joined the French Woods Festival of the Performing Arts in upstate New York and the Usdan Center for the Creative and Performing Arts.

Also, she took classes at the American Globe Theatre and completed a stage combat course with the British Academy of Stage and Screen Combat from the Royal Academy of Dramatic Arts.

Olivia was offered a role in ‘The Secret’ during her high school. She debuted her film career with the movie ‘Untitled 93’ in 2006 and made her television debut in ‘Kidnapped’ in 2006. She portrayed the role of Nicole Carol Miller in the film ‘Untitled 93’ and Aubrey Cain in ‘Kidnapped’ from 2006 to 2007.

She played the character, Leah, in the film ‘Juno’ in 2007 and she along with her co-star, Ellen Page was slated to star as the respective title character of ‘Jack & Diane’.

The actress debuted her stage career with the play ‘Farragut North’, by Beau Willimon at the Atlantic Theater Company in New York City and the Off-Broadway production ran from October 22, 2008, to November 29, 2008.

Her other notable film roles include Katie Kurtzman in the film ‘No Strings Attached’ in 2011, Judge Aderson in the film ‘Dredd’ in 2012, Greta in ‘Just Before I Go’ in 2014, Christina Maslach in ‘The Stanford Prison Experiment in 2015, Kim Johnson in ‘Damascus Cover’ in 2018 and played the role of Lucy Kittridge in the television series ‘Goliath’ in 2016.

She is recently busy with her photography project.

How much is the net worth of Olivia Thirlby?

The talented actress has accumulated an estimated net worth of around $2 million as of 2022, from her professional career.

In an interview with Brooklyn Magazine on December 8, 2011, she revealed that she is a bisexual. She is not uncomfortable about disclosing her sexual orientation and she encourages all the individuals to be open about their sexuality.

She has an average height of around 5 ft. 3 inches and she weighs around 52 kg. Her body measurement is 34-24-33 inches. Also, Olivia has got brown hair and brown eyes.