Updated On November 24, 2022 | Published By: Donnie Smith
Share this
Single 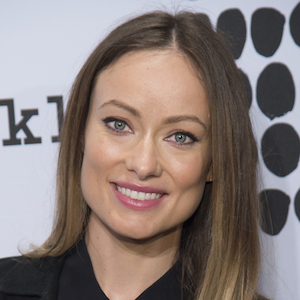 I used to experiment all the time with my hair color

Only the really young are fearless, have the optimism, the romanticism to take unimaginable risks

I have very high standards for every part of life - my work, my relationships, food, love. I can't just pretend.

What is the relationship of Olivia Wilde?

She was in a relationship with Harry Styles. Their relationship was confirmed after Olivia and Harry were seen holding hands and inseparable at their mutual friend’s wedding.

The two first met in September 2020 on the set of Don’t Worry Darling.

Then they made their romance official by holding hands at Harry’s agent’s wedding at the San Ysidro Ranch in Montecito.

Their romance flourished and the couple enjoyed many date nights in various places looking completely smitten with each other.

Three months after their romance went public, the lovers enjoyed a romantic yacht vacation in Tuscany. They couldn’t keep their hands off each other as they showed PDA on the luxury yacht.

Sadly, the couple announced their break up in November 2022. They have reportedly called quits on their romantic relationship after two years of dating Olivia Wilde is unhappy about her breakup with Harry Styles after two years together. The two split in an amicable decision and intend to remain friends.

Previously, Olivia was engaged to Jason Sudeikis in January 2013 after being in a romantic relationship since November 2011. The couple has two children together, Otis Alexander and Daisy Josephine. They called off their engagement after seven years of their affair.

She was also married to Tao Ruspoli on 16 January 2003 but their married relationship couldn’t last for long and they got divorced on 29 September 2011.

After her unsuccessful married relationship, she was rumored to have hooked up with Bradley Cooper, Justin Timberlake, and Ryan Gosling all in the same year 2011.

Who is Olivia Wilde?

Olivia Wilde is an Irish-American actress, model, director, producer, and activist. She began her acting career in 2003.

She is best known as an actress who played Quorra in the film Tron: Legacy, and also played Remy Thirteen Hadley on the TV series House M.D.

The daughter of Leslie Cockburn and Andrew Cockburn, Olivia was born in New York City, New York, and grew up in the Georgetown neighborhood of Washington, DC.

She was born on 10 March 1984 and named Olivia Jane Cockburn. Her mother is a producer and journalist and his father is also a journalist. She holds dual citizenship in the U.S. and Ireland.

She has a mixed ethnicity in English, Scottish, Northern Irish, Irish, German, Manx, and Sephardi Jewish.

She was born as the middle child and has an elder sister, Chloe Cockburn, and a younger brother, Charlie.

Wilde studied at Georgetown Day School and graduated in 2002 from the Phillips Academy in Andover, Massachusetts.

She attended Bard College and joined the Gaiety School of Acting in order to study acting. She has built up a strong interest in acting since the age of 2.

Talking about the career journey of Olivia Wilde, she is active in the entertainment field since 2003 and she is still active in it.

She debuted in the entertainment field with the role of Jewel Goldman in the television series Skin in 2003. Her acting skills got her noticed and she was cast in a hit American drama series The O.C as Alex Kelly in 2004.

In 2004, she portrayed the character of Kellie in the movie The Girl Next Door. She has been successful to impress fans and critics with her acting skills.

In 2007, she appeared in the recurring role of Dr. Remy “Thirteen” Hadley in the television series House which aired till 2012. She has also produced and acted in the movie Drinking Buddies as Kate and in Meadowland as Sarah.

Although her salary has not been disclosed.

As of 2022, her net worth is estimated to be $25 million according to the sources.

She is rumored to have hooked up with Bradley Cooper, Justin Timberlake, and Ryan Gosling all in the same year 2011.

Olivia Wilde has a height 0f 5 feet 7 inches. Her body weighs 52kg. She has dyed brown hair and blue eyes. Her body measurements are 33-27-32 inches.