Updated On November 28, 2022 | Published By: Neil Richard
Share this
In Relation 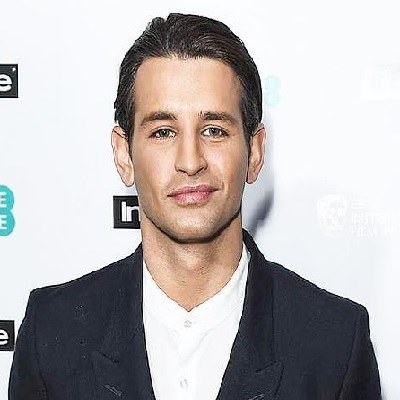 Who is Ollie Locke dating?

Ollie Locke is engaged to his boyfriend, Gareth Locke. They made their announcement of engagement in October 2018.

They have known each other for the past 10 years. Gareth made his debut in the Made in Chelsea back in 2018.

Previously, he was dating a man named Nick in 2016. However, they parted ways after dating for a few months.

Before that, Ollie dated Catherin Radford. They spilled after Ollie came out as gay. Prior to that, he was in a relationship with Sam Faiers, Ashely James, Gabrielle Ellis, and Chloe Green.

Who is Ollie Locke?

Ollie Locke is an actor and TV Personality. He is renowned as a cast of the TV series, Made in Chelsea.

Ollie Locke was born on the 20th of March 1987 in Southampton, Hampshire. His father, John Locke is of British-Germanic-Dutch ethnicity.

His mother, Sarah Locke is a BBC Radio presenter by profession. He has an elder sister, Amelia Locke is a designer.

He grew up far from his parents at the boarding school, Embley Park School in Romsey. In the school, he met the actor, Alfie Allen with whom he shared dorms.

Later, he joined Sibfrod School. However, he left to attend The Cambridge School of Visual and Performing Arts and completed his one-year foundation course.

Moving to London, he started his career with an independent magazine in Chelsea.

Ollie Locke first stepped into the entertainment world with the 10-minute short biography, Silent Soul. In the short, he portrayed the character of Max Strong.

However, he first came in limelight through the E4’s structured-reality TV series, Made in Chelsea. The series happens to be the turning point of his career. To date, he has made appearances in around 107 episodes of the series.

After the huge popularity of the series, he became one of the most celebrated stars. Also, he made his appearance in series like 8 Out of 10 Cats, Celebrity Fifteen to One, Celebrity Juice, and Celebs Go Dating.

In 2013, he launched his first book, Laid in Chelsea. The book became a big hit as it spent around eight weeks as the best seller in The Sunday Times.

The following year, he made his appearance in Celebrity Big Brother’s house and came out as the 2nd runner-up of the show.

After a successful career as a TV personality, he is exploring acting as his career. In the last years, he appeared in movies that include Kill or be Killed and Greed.

Apart from the entertainment industry, he is also the co-founder of the gay dating app Chappy. Moreover, he made an appearance in 2022 as a contestant on Celebrity Haunted and was the first candidate in the series.

Apart from that, he also makes in the range of $20k to $214k as an actor. Also, he earns via the royalties of his book too.

To date, he has maintained a clear image as a TV Personality. Also, he has been part of any controversy that created a buzz in the media.

Similarly, there are no rumors linked to him.

However, he made quite some news when he revealed his sexual preference as bisexual first in the show, Made in Chelsea. Later, he came out as gay.

His height is around 5 feet 11 inches and weighs around 77 kg.

Also, he has a self-titled YouTube channel with around 3.13k subscribers and over 270k views.