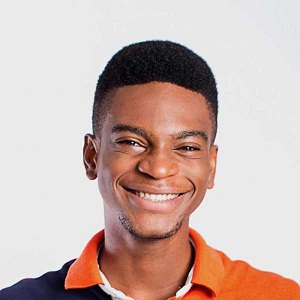 Cute and handsome Olumide is an unmarried person. He has managed to keep his personal information so secret that nothing relating his past and present affair status is published. He is not associated with divorce case yet.

Being young, it seems like he is sharpening his strength and skills to make his all dreams come true rather than being stuck in the relationship. According to our record, he is single.

Olumide Oworu is a Nigerian actor. He is extremely prominent for his role in “A Soldier’s Story”, “Shuga” and “The Patriot”. He is a hard-working person and has made a recognizable position in Nigerian acting field.

Olumide was born to African parents on December 11, 1994, in Nigeria. His nationality is Nigerian and belongs to African ethnicity.

There is no more information published about his parents and siblings. He was enrolled in acting training for three months while he was six years old.

Concerning about his educational background, he attended  King’s College, Lagos and the University of Lagos. Afterward, he also attended Babcock University

Olumide started his acting career at the age of six and appeared in a T.V series titled “Everyday People”. He is also extremely prominent for his role in the Africa Magic Series ‘The Johnsons’. He also made his appearance in other several T.V series including “The Patriot”, “The Men In Her Life”, “Hammer”, “Stolen Waters and New Son”.

He starred as ‘Weki’ in T.V series “MTV Base’s Shuga”, season 3 and 4 for which he received huge positive responses and reviews from fans and viewers. He is also a popular T.V presenter. He is also a winner of ‘City People Entertainment Award’ in the category of ‘Revelation of the Year’ and also nominated for ‘Nigeria Entertainment Award for Best Supporting Actor’.

Olumide Owoeu: Salary and Net Worth

Currently, there no drastic rumors regarding Olumide’s personal and professional life. It seems like he is doing best job without harming others for which he hasn’t been a part of desperate controversy yet.

Olumide has black hair and dark brown eyes. Further, there are no details about his body measurements.