Posted by MarriedBiography Posted on May 22, 2020 | In Divorce
Share this

Gone are the days when people used to continue with their marriages until death. A married couple used to be inseparable and only death could separate them. But now divorces seem to have become common. The latest celebrity to catch this sad craze is British former professional road and track cyclist, Sir Bradley Wiggins. He and his wife of 16 years, Cath has separated.

Bradley Wiggins and his divorce

Olympic cycling legend Bradley Wiggins and his long-term wife Cath have made the decision to split. One day back, the British cycling star announced the sad news on his social media. He wrote of the split but also added that their children are currently their top priority. He posted on his Twitter handle:

‘It is with deep sadness my wife Cath and I have decided to separate. Our two children remain our priority and we ask for privacy at this time. Brad & Cath.’

The family resides in the Trough of Bowland, north of Preston.

More about this divorce and married life

The medal-winning cyclist has been in the spotlight. And it was this fame that caused the collapse of his married life. There were allegations of doping against him in the year 2016. Cath has bipolar disorder. And the negative publicity pushed her into an acute attack of mental illness. She was in rehab for it and nearly died. While the life of Bradley had become a living hell.

After that, his married life suffered a huge setback and despite attempts to work things out, it failed. And now the two have decided to separate and start the legal process of divorcing each other. The couple has three children together namely Ben, Isabella, and Rebekah. But his tweet only mentions two children.

The doping charges against Bradley

In 2012, Bradley was the winner of Tour De France. Later, Russian hackers managed to get hold of the medical records of Bradley which revealed that he had obtained a Therapeutic Use Exemption certificate (TUE) to take triamcinolone three times. This was also before his history-making 2012 win.

After these made headlines, the UK Anti-Doping agency started its independent investigation into the matter. The delivery of a medical package for Wiggins and Team Sky in the year 2011 was the main point of contention during this investigation.

This jiffy bag was delivered to Bradley’s tour bus. But the agency could not reach any conclusion on what this bag contained. Hence after 14 months, they decided to close the matter. They stated that there was not enough evidence against Bradley on this issue.

The famous cyclist had denied any wrongdoing. He stressed that he had taken the drug for medicinal purposes. The medicine is used in weight loss, to treat asthma, and also in allergic conditions.

Later, in 2018, a parliamentary Digital Culture Media and Sport select committee released a report that claimed that Bradley used the drug for enhancing and not medicinal use. Talking about the toll that the report had on his family, he said:

‘You watch your family suffer, and it’s terrible. It nearly killed my wife. She ended up in rehab over it. I’m at home having to deal with it.

‘Because she’s bi-polar she has this fear of shame, people watching her all the time.

‘What I should have done is murder someone because then I’d have had proper rights. I’d have had more rights as a murderer.’

Sir Bradley Marc Wiggins, MBE is a Belgian-born British cyclist. He was the first-ever rider from the UK to win the Tour de France which he won in 2012. More bio…

Divorce plan ready! Kim Kardashian has planned out her divorce with Kanye West! It will be after his mental condition improves a bit!
Tags : Bipolar patient Olympic Cyclist professional track and road cyclist 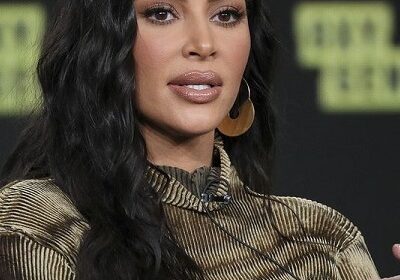