Updated On December 18, 2022 | Published By: Selina shamp
Share this
Married 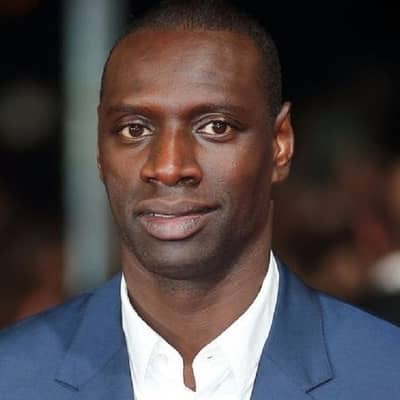 Nothing in my younger life could have told me I would have needed to know how to speak English.

People only look at you and say, 'You are black and you are from the banlieue,' and all the doors are closed. I had the desire to be something else. If I see a door that is a little open, I will find a way to get through

How many kids does Omar Sy have?

Omar Sy is married to his wife Helene. The couple has welcomed five children altogether. The couple married at Tremblay-Sur-Mauldre on 5 July 2007. They have been in a decade-long relationship before getting married.

Hélène, his wife works on a nonprofit organization CéKeDuBonheur which support children’s wards at French hospitals, and Siyah Organics, a Sénégalo-American organic-food-supplements company.

The kids were Selly, Sabah, Alhadji, and Tidiane who were born in France while residing at Montfort-Amaury a commune of Île-de-France.

Who is Omar Sy?

Omar Sy is a French actor and comedian who has won César Award for Best Actor. He rose to fame after featuring in the 2011 comedy-drama film The Intouchables.

He was born on 20 January 1978 to African emigrant parents in Trappes, Yvelines, France.  The 44-year-old actor belongs to mixed ethnicity(Mauritanian, Senegalese, Fulani).

Introducing his family, his mother is a house cleaner and has Mauritanian origin. Her name is however unknown. Similarly, his father worked as a factory man and has Senegalese origin.

There is no revelation of the identity of parents and siblings. Having Fulani origins, Omar was raised in low-income suburban housing projects. The family speaks Pulaar at home.

Feeling the pressure to earn for the family and live his dreams, he started working at an early age and couldn’t pursue his higher education. But he has completed his early schooling in the Local School at Trappes.

To begin with his career, he started his career as a comedian on Radio Nova alongside partner Fred Testot in the year 1995. Afterward, he appeared in the TV show Le Cinéma de Jamel on Canal+, with Jamel Debbouze. He then created a TV show called Le Visiophon.

Omar Sy is a French-based actor who first gave the voice in the 2000 film Granturismo. Later the same year, he portrayed the character ofLe ménestrel in the French Television series, La cape et l’épée.

He has won several French awards and was nominated for his outstanding performances in the film industry. In the year 2021, he was awarded the Rose d’Or award for Performance of the Year for the TV series Lupin. He has won Globe de Cristal Awards in 2017 and the Santa Barbara International Film Festival Awards in 2013.

Regarding his riches, he has an estimated net worth of $5 million as of 2022. He makes a handsome paycheque through the entertainment industry through his acting and producer career.

To date, he has managed to keep himself away from rumors and controversies. He has a clean profile among his fans in the public.

Talking about his build, he has a height of 6 feet and 2 inches and has an average body weight. His shoe size, dress size, chest, biceps, and other body measurements are not known yet.

Moving on to his looks, he has a body complexion similar to other African and has brown eyes and black hair.