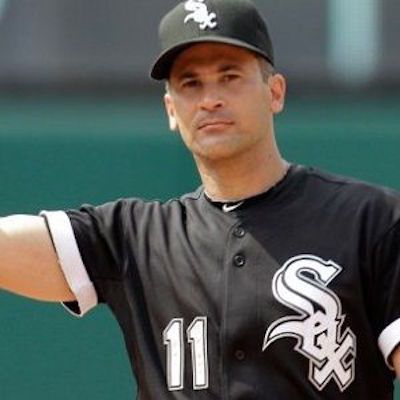 The Gold Glove surprised me a little. To tell you the truth, I didn't expect it. I feel I played at the top of my game, but I was new to the league and I didn't think that many people would vote for me

He works fast. He throws a lot of strikes. That's what an infielder loves. It gets you into the game

It's not easy to perform in front of your teammates and make a fool out of yourself.

The former baseball star is currently married to Blanca Garcia. The couple exchanged rings in July 2014. The pair seems to have a  happy marriage life and living gleefully. The couple can be seen spending quality together as seen from their social accounts.

This isn’t Omar’s first marriage. Prior to the marriage with Garci, Vizquel was married to Seattle native, Nicole. The pair who tied their knots on July 1992, however, ended their marriage with divorce. Vizquel and Nicole had two children named Nicholas Enrique Vizquel and a daughter Caylee Rae Vizquel.

Who is Omar Vizquel?

Vizquel who is considered as one of the baseball’s all-time best fielding shortstop has won eleven gold glove awards, including nine consecutive from  1993-2001. Vizquel later became the oldest player to play at shortstop in the major league history, surpassing Bobby Wallace.

The former baseball star’s parents are Omar Vizquel Sr and mother Eucharis Vizquel. He was born on April 24, 1967, at Caracus, Venezuela and his current age is 52 years old. He is American by nationality but has a mixed ethnicity(Venezualan-American). Vizquel is the eldest of the three children. He has a younger sibling brother called Carlos Alberto and a younger sibling sister, Gabriela.

The former player was always interested in sports since his childhood as claimed by his parents.

The all-time best shortstop, Omar Vizquel began started his career as a baseball player in 1989 after signing with the Mariners. Vizquel played for the same team till 1993 before he joined the Indians of Cleveland in 1994.

Omar Vizquel while playing with the Mariners and Indians, who about nine consecutive golden gloves. During his baseball career, he also performed for many other clubs including San Francisco Giants (2004-2008), Texas Rangers(2009), Chicago White Sox (2010-2011), and the Toronto Blue Jays (2012).

Throughout his successful professional career, Vizquel earned numerous achievements and awards who is the winner of nine consecutive Gold Glove Awards and in total 11 time Gold Glove in baseball. Omar Vizquel is also a three-time winner of All-Star (1998, 1999& 2002).

As a media figure, it’s not something new to hear celebrities in scandals and rumors.

Omar Vizquel had a controversy with his former teammate and friend Jose Mesa which was one of his most popular controversy. He also mentioned it in his autobiography, criticizing Mesa’s performance in one of the 1997 World Series games.

Mesa reacted furiously and pledged to hit Vizquel upon every subsequent opportunity. On June 12, 2002, Mesa hit Vizquel with a pitch in the ninth inning. Vizquel batted .333(7-for-21) against Mesa before Mesa’s retirement in 2007.

During his baseball career, he had maintained his body quite well however as of his retirement, he has rather average physic. He has a height of 5 ft 10.8 in and a weight of about 79 kg. He has salt and pepper hair and a pair of grey eyes.