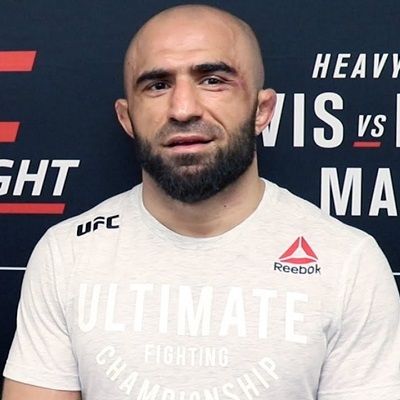 What is the relationship of Omari Akhmedov?

His Instagram post suggests that he is devoted to the mix martial. He spends most of his time in training. However, he takes a small drive towards the seashore in his free time. His favorite pastime is swimming.

Who is Omari Akhmedov?

Russian Omari Akhmedov is an award-winning mixed martial artist. He is renowned as Wolverine in the Ultimate Fighting Championship.

He is ranked at the #14 position in Middleweight Division by the Ultimate Fighting Championship.

Currently, Omari is a finalist in the Middleweight division of the Ultimate Fighting Championship. He became a finalist after winning the match on the 15th of December 2019, against Ian Heinisch.

Omari Akhmedov was born on the 12th of October 1987, in Dagestan, Russia. His birth name is Omari Sirazhudinovich Akhmedov. He is a devout Sunni Muslim. He is of Lak heritage.

-In September 2013, signed with the Ultimate Fighting Championship.

-In November 2013, professional debut at UFC Fight Night 32 against Thiago Perpétuo and won by knockout.

– On 8th March 201debutedbut in the welterweight division against Gunnar Nelson and lost the first round via submission.

-On 3rd January 2015, fought against Mats Nilsson at UFC 182 and won via unanimous decision.

– On 16th April 2016, faced Elizeu Zaleski dos Santos at UFC on Fox 19. He won the first two rounds. However, he lost the third round via technical knockout.

-7th September 2019, fought against Zak Cummings at UFC 242 and won with a unanimous decision.

-On 14th December 2019, fought against Ian Heinisch at UFC 245 and won by unanimous decision.

He has an estimated net worth of $2.5 million US which includes the car and motorcycle of the company HARLEY.

According to the first report by MMA Junkie released by Nevada Athletic Commission, his salary is $34k US per show which includes a $5k Reebok sponsorship. Apart from this, he also receives a win bonus per win.

He has dark eyes with a clean shaved head. His height is 6 feet and weighs around 84 kg.