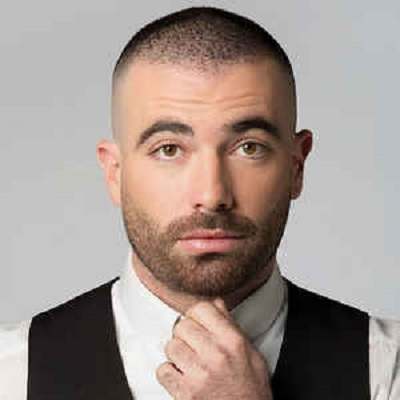 Omer Adam is currently in a relationship with Sheerelle Toledano. His girlfriend, Sheerelle is a lifestyle and fashion Instagram model.

The couple started dating each other in 2018.

Who is Omer Adam?

American-Israeli Omer Adam is a singer and musician. Adam is renowned for fusing the eastern Mizrahi Jews and Western Pop Music.

Omer Adam was born on 22nd October 1993 in North Carolina, United States. He is of Jewish ethnicity with Israeli roots.

He is the son of Yaniv Adam. His father, Yaniv used to be an Air Force Unit of Israel Defense Forces. He comes from the bloodlines of the Israeli officers including Yekutiel Adam and Udi Adam. Also, his grandfather Shmuel Adam was the senior commander in Israel Border Police.

He started his career as a singer with the reality talent show, Kokhav Nolad. The season, he reached the finale of the series. However, he got disqualified from the show. In the show, he sang songs like Isha ne’emana, Marlene, and At Vaan.

Despite the disqualification, he had a taste of huge popularity. The year, he released his debut single, Lost in the wind. The very first single receive a huge appreciation. The following year, he launched his debut album, Melting because of you.

Some of his other albums along with the year are-

Last, in 2020, he launched his latest album named OMER.

Through his YouTube channel, his earnings are in the range of $32.5K – $520.5K. Apart from that, he also makes via the royalties of his albums.

He has brown eyes with brunette hair. He stands at a height of 5 feet and 9 inches and weighs around 69 kg.

He became a part of a controversy when he got disqualified from the Israeli reality TV show, Kokhav Nolad. When he applied to the show, he was just 15 years and 7 months.

However, the minimum age to apply for the show is 16 years. Due to this reason, he got disqualified from the show in the mid-season.

He also has a YouTube channel with 1 million followers with more than 1.1 billion views.

You may also read the bio, age, parents, career, net worth, salary, and social media of Avery Singer, Brec Bassinger, and Baby CEO.