Omri Katz is a well-renowned former film and television actor. 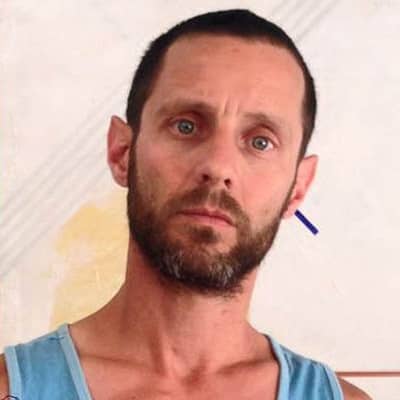 Omri Katz currently seems in a relationship with a girl named Michele Watters. On February 15, 2020, Omri uploads pictures of two of them and captioned it “Luckiest man on earth. Love this woman”. Through this post, we can guess them as a couple but the duo hasn’t yet officially confirmed their relationship in the media.

However, Omri prefers to keep his personal life secret and exclusively stay out of the limelight after having a retirement from acting.

In the early 1990s, Omri was in a relationship with Halloween actress Danielle Harris. However, their relationship didn’t long-lasted for a long time and they got separated in the year 1992.

Who is Omri Katz?

Omri Katz is an American well-renowned former film and television actor. He emerged the fame after appearing in the daily soap opera, Dallas. Similarly, he is best known for his role as Max Dennison in the Halloween classic Hocus Pocus.

Currently, he works as a hairdresser in an upscale salon.

Omri was born on May 30, 1976, as Omri Haim Katz. He hails from Los Angles, California, U.S. He is a native of Israeli-Jewish. Also, he remained in Israel for a year during his childhood.

The name of his parents is Yoram Katz (father) and Rina Rotten Katz (mother). He is the youngest child of his parent among three children. Omri has an older brother named Michael Katz and an older sister named Lali Katz.

However, he hasn’t yet disclosed his academics details in the media.

At the age of seven, Omri began his acting career through his breakout role John Ross Ewing III on the CBS soap opera Dallas. He portrayed the character for 149 episodes from 1983-1991. Between the years, he also appeared on CBS another series Simon & Simon in an episode of “Yes, Virginia, There is a Liberace”.

Prior to that, he already acted in several commercials before starting his acting career. In 1991, he starred in NBC’s horror science fiction television series called Eerie Indiana as Marshall Teller for 19 episodes until the year 1992. That year, he was cast in the role of Jack Adama in an episode “The Man Who Cried Wolf” of Zorro and as Timmy in Brett Thompson’s tv film, Adventures in Dinosaur City.

Similarly, some of his notable film and television series are Matinee (1992), Hocus Pocus (1993), The John Larroquette Show (1993-1995), Dallas: J.R. Returns (1996), and more. He appeared from the last time in the 2002 short film called Journey Into Night where he portrayed the role of Sean. After that, he announced his retirement from acting and began an interest in other ventures.

Throughout his acting journey, he has never been part of any kind of rumors and disputes that create a huge buzz in the media. As for now, he stays far away from the limelight of the media.

The retired actor has accumulated a decent amount of wealth through his successful acting career. As per sources, he has an estimated net worth of $1 million which he earned from his acting and other ventures.

However, he hasn’t yet revealed his current income but it is reported that the average salary of a hairdresser in the USA is in the range of $25 thousand to $30 thousand in a year.

Omri has an impressive height of 5 feet 10 inches tall. However, his weight is unknown at the moment. He has brown hair with blue pair of eyes. Further, there are no details available regarding his other body measurement.

Omri is active on Instagram under the username @dankster-omz where he has more than 8.3k followers. He has a Twitter account with 600 followers but as of now, he is not active on this account.