Skip to content
Married Biography
Married Biography / Entertainment / Once Rumored Couple Scott Disick and Sofia Richie were seen together again,arm in arm on Dinner Date! Find out what's their Relationship and Lifestyle!!

Posted by MarriedBiography Posted on June 11, 2017 | In Entertainment , Lifestyle , Relationship
Share this

Scott is again causing some rumor! Scott Disick and Sofia Richie stepped out for a dinner date at Nobu in Malibu on Friday, June 9.

The Duo were first rumored after getting together in Cannas and stirred some rumor but it was shutdown by Lineol Richie Daughter. But after calling Homies, Scott and Sofia were again seen together arm in arm.

Friends were spotted walking arm in arm as they left the restaurant. Disick, 34, rocked a blue bomber jacket, a white T-shirt and jeans, while Richie, 18, donned a navy Adidas tracksuit.

One day before their date, the model, who is singer Lionel Richie‘s daughter and TV star Nicole Richie‘s younger sister, was all smiles as she FaceTimed with the Keeping Up With the Kardashians star at Los Angeles International Airport.

The pair were first spotted together last month during Disick’s PDA-filled birthday trip to Cannes, France, where they were seen cuddling aboard a yacht. Richie later took to Twitter to squash romance rumors, writing,

“Just so everyone can get their panties out of their asses, Scott and I are just homies #relax.”

Just so everyone can get their panties out of their asses, Scott and I are just homies #relax

Although Richie was seen clinging onto Disick’s arm, it appears the gesture was simply out of friendship. The two were also joined by Chloe Bartoli, Richie’s stylist and Disick’s former flame.

Quickly after the photos were released, Richie took to Twitter to shut down rumors that her and Lord Disick are more than close pals.

“The last time I’m gonna say it,” she wrote. “Scott and I are just friends. I’m single and focused on friends, family and work. #againrelax.”

The last time I'm gonna say it. Scott and I are just friends. I'm single and focused on friends, family and work. 💥💥 #againrelax

The teen was just one of a bevy of women that the reality star cozied up to during his week in the south of France. His recent partying has concerned his ex-girlfriend Kourtney Kardashian, with whom he shares kids Mason, 7, Penelope, 4, and Reign, 2. “Kourtney is worried for Scott,” a source exclusively told Us Weekly. “The partying is symptomatic of situations in the past with him where he has been in a really bad place.” 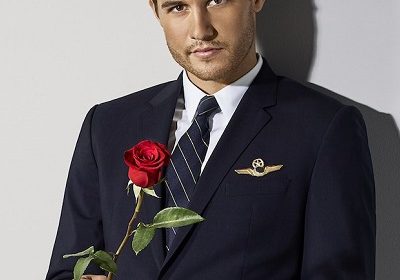