He is an American interior designer, artist, and writer.

Orlando Soria is openly gay. Currently, he hasn’t introduced anyone as his girlfriend or boyfriend so, he doesn’t seem in any love affairs.

However, he had a painful and heartbreaking past which he shared with the media. Previously, he had a French boyfriend unfortunately his name is unknown.

On 16th March 2015, he posted a picture with him and also mentioned him as a man. Sadly, those posts only remained in memory as they were no longer together and split-up in 2016.

After the breakup, he also wrote several raw, confessional posts about the breakup and its sequel. 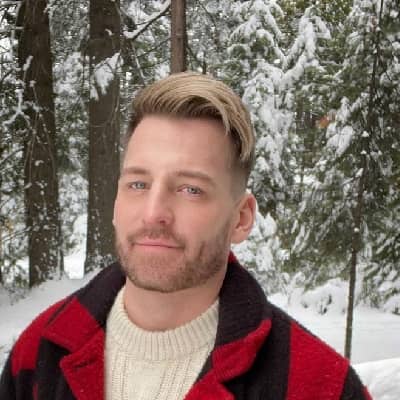 Who is Orlando Soria?

Orlando Soria is an American interior designer, artist, and writer. He is popular for his appearances on HGTV‘s Secrets of a stylist.

The Designer was born on July 5, 1982. The birthplace of Orlando is in Yosemite village, California. He is of American citizenship and belongs to the mixed descent of Mexican and European.

As a result, his father, Dale Soria is a Mexican whereas his mother, Catherine Soria is a European.

His father is a dentist by profession and his mother was a teacher.

Later, he graduated from Pennsylvania’s School of Design in an MFA faculty focusing on becoming an art professor.

After his graduation, he moved to Los Angeles where he first started his career in music videos and independent films.

In 2010, he made his on-screen television debut on HGTV’s show as Emily Henderson’s assistant in Secrets from a stylist. After airing twenty-six episodes with season 2 the show ended in 2011.

Then, he began his own television show ‘Unspouse My House’ which premiered on HGTV on June 6, 2019. Also, he features on another show, ‘Build Me Up !’.

Moreover, he has authored his first book, Gets It Together! which was published in 2018.

To date, Orlando has maintained his profile clean.

He hasn’t been involved in such sorts of rumors and scandals that create headlines in the media.

However, he has faced a low moment a few years ago. First, he had a breakup with his live-in boyfriend. Then, days after moving into an expensive new apartment, he lost his job at the now-defunct design platform Homepolish

As of 2020, he has an estimated net worth of $3 million. However, his exact salary is still under review.

Talking about his physical status he is 5 feet 10 inches tall and his weight is around 81 kg.

Likely, he has a dark brown hair color with stunning blue color pair of eyes.

The Designer is active on Instagram with the handle @mrorlandosoria and has over 191k followers.

Likewise, he is active on Facebook where more than 7 hundred people follow him with over 6 hundred likes.

He has over 4k followers with 18.3k likes on his Tiktok account.