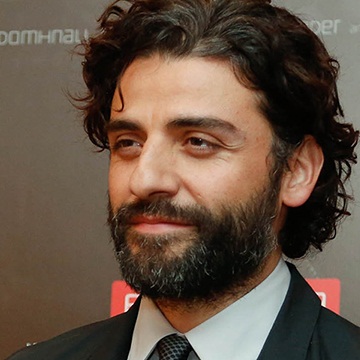 'Mojave' is a very wild, throwback film with these two dudes going after each other

I've never been much of a guitarist. I mean, I've played forever, but I was always more of a rhythm kind of guy. I don't read music.

Handsome Isaac is an unmarried person and is currently dating Elvira Lind since 2015.  He has been in relation with María Miranda during the year from 2007 to 2001. Isaac is not associated with any other affair status and divorce case. Currently, he is happy to be in relation with Lind and resides in New York City.

Who is Oscar Isaac?

Oscar Isaac is an American actor and musician. He is extremely prominent for his role in comedy-drama “Inside Llewyn Davis” which was released in 2013 for which he was nominated for Golden Globe Award. He is a hardworking personality and has made respectable position in American acting and music field.

Isaac was born to Oscar Gonzalo and Maria on March 9, 1979, in New York City, U.S.A. His nationality is American and belongs to Mixed (Cuban, Guatemalan, French) ethnicity.

He was raised up with his parents in an entertaining and musical environment. As a boy, he was highly interested in singing and acting and loved to make another laugh.

Concerning about his educational background, he attended  Juilliard School in New York City. He was a part of Drama group while in school.

Isaac began his professional acting career at the Area Stage Company, Miami Beach and he was cast by Director John Rodaz in a play. He also played guitar and worked as a vocalist while he was associated with Miami. At the initial phase of his career, he has worked with a number of bands as a guitarist and vocalist. Isaac made his debut in the 1998 film “Illtown” where he appeared as a ‘Pool Boy’. He was not so much recognized because of his small roles in that film. He also played in some low rated film while starting a career in the acting field including “All About the Benjamins” and “Lenny the Wonder Dog”.

In 2006, he got a role as ‘Saint Joseph’ in a movie “The Nativity Story” and the film won “MovieGuide Award for Film” and he was little recognized among common people. In 2009, he appeared as an ”Orestes” in a film ‘Agora’ for which he won ‘AACTA Award for Best Actor in a Supporting Role’ and nominated for ‘Film Critics Circle of Australia Award for Best Supporting Actor’. One of his successful films in his lifetime career until now is “Inside Llewyn Davis” (2013) where he starred as ‘Llewyn Davis’ for which he won nine awards and nominated for 10 awards.

Oscar Isaac has an estimated net worth of $8 Million. Furthermore, there are no details regarding his salary.

Oscar Isaac: Salary and Net Worth

Being a respectable actor in American film industry, there are no desperate rumors and controversies regarding Isaac’s personal and professional life.

Oscar has the height of 5 feet 9 inches. His body weighs 77kg. He has black hair and dark brown eyes. Furthermore, his chest size os 38 inches, bicep size is 15 inches. Oscar wears the shoe having the size of 10US.