Oti Mabuse is an African professional dancer. She is the choreographer of the British TV series, Strictly Come Dancing. Oti is married to her dancing partner with whom she has taken part in different dance shows!

Oti Mabuse is married to her longtime boyfriend, Marius Iepure in 2016. Marius is a Romanian dancer. They met for the first time in Germany during a dance trial.

They competed together in different dance shows. Together, they won the German National Show Dance Championships and were the first runner-up of the World Latin Championships.

In 2014, Marius proposed to her and after two years of engagement, they walked down the aisle.

As of January 2020, Oti and Marius are on a romantic trip to Italy. 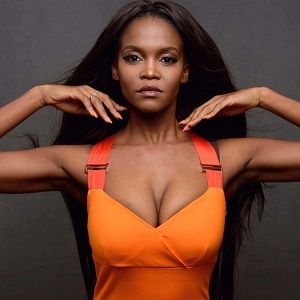 Who is Oti Mabuse?

She is a choreographer of the British TV series, Strictly Come Dancing, and its German version, Let’s Dance.

She has a sister, Motsi Mabuse. Motsi was also a well-known dancer on the same show and now is one of the jury members.

From childhood, she had a keen interest in dancing and also began to learn from an early age.

Oti completed her graduation in Civil Engineering from the Tshwane University of Technology, Pretoria, South Africa.

As she conquers the championship in South Africa, she moved to Germany and started to take participate in various German dance championships.

Being a professional ballet dancer, she competes in the German series Let’s Dance. Back in 2014, she was in third place in World Cup Freestyle Latin.

Recently in 2017, she also took part in the national Strictly Come Dancing – The Live Tour along with her celebrity partner Danny Mac.

Additionally, she was also a contestant on an episode of Tipping Point: Lucky Stars. Besides this, she also competed in the thirteenth series of the original British series.

Oti’s income as a choreographer for Strictly Come Dancing is estimated to be over $200k per annum.

Oti Mabuse has a height of 5 feet 4 inches and weighs 54 kg with dark eyes and brown hair.