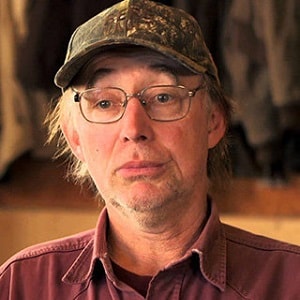 Otto Kilcher is a married man. He has been married to biologist Charlotte Irene Adamson, and they gave birth to their son August Kilcher. However, Charlotte has another son, Torrey, from her earlier relationship.

He was first married to Olga Von Ziegesar but they couldn’t hold the relationship and they got divorced. They did not have any children.

Later, he got married to Sharon Mckemie and they welcomed two sons named Levi Kilcher and Eivin Kilcher. Then they got separated in 1987. Recently, he is living happily with his third wife Charlotte.

Who is Otto Kilcher?

Otto Kilcher is an American reality television personality and a mechanic. Otto would fix anything broken at his home and neighborhood. He was featured as a leading role in the famous reality series ‘Alaska: The Last Frontier’.

He was born on April 19, 1952, in Homer, Alaska, USA. His father’s name is Yule Kilcher and his mother’s name is Ruth Kilcher. He has five siblings.

Since, his childhood, he loved to fix anything broken and would collect different types of useful stuff and equipments.

There is no update about his schooling and about his university life, however, it is under review.

He was very much interested in experimenting and playing with mechanical things. He used to fix broken machines of the farmhouse. Otto spent most of his childhood years at his home.

He has gained sufficient knowledge about machines and he gained skills in repairing and also in recycling the usable machines. Otto thought to open his own business and later he opened it with a name ‘Otto Machine’ which became his fortune changer over the course of time.

Later, he also became famous when he worked in the reality television series ‘Alaska: The Last Frontier’ in the very first episode released on 29 December 2011. His brother Atz and his other family are also seen in the series where it is shown about the Kilcher’s family living in the bizarre cold land of Alaska.

The family is performing wonderfully in the series and the series has completed its 7th season currently.

It seems there is no any award and nomination in his name till date. However, we can expect some awards in his near future.

Otto Kilcher: Net Worth and Salary

He has a net worth of around $4 million and his main source of earnings are from his acting career and from his Otto Machine business.

Otto was supposed to be dead and he was reported to be dead by social media. But his family members have not confessed yet and shared any information regarding the death of Otto. But, it is yet to be proved and it is under review.

He has white hair and brown eyes. Other information regarding his body measurement like height, weight, etc. are not available and it is under review.