Updated On October 24, 2020 | In Career , Interesting Facts
Share this 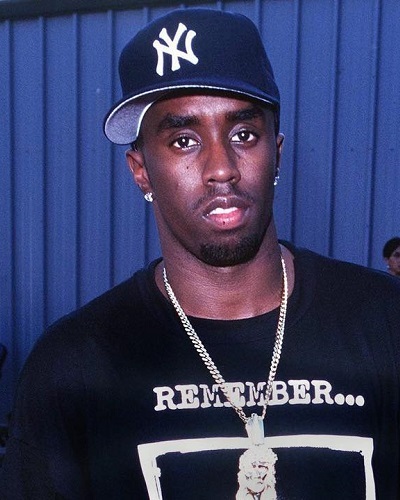 If you are into Hollywood music, you definitely know P. Diddy. He has been in the music industry for decades and is also one of the best-known rappers. He is actually an American rapper, singer, songwriter, actor, record producer, and entrepreneur.

Diddy’s birth name is Sean John Combs. His other stage names include Puff Daddy, Puffy, P. Diddy, Diddy, Brother Love, and Love. Sean was born on born November 4, 1969, in Manhattan’s Harlem neighborhood in New York City but he grew up in Vernon, New York. Sean’s mother Janice was a model and Teacher’s assistant and his father, Melvin Earl Combs served in the air force. When Sean was two years old, his father was shot dead while in his car.

Biggie Small was P. Diddy’s friend from early days. Biggie was killed in a drive-by shooting at the age of 24 in 1997. On the 20th anniversary of his death, the 48-year-old rapper proved that he is still not over Biggie Small’s death.

The rapper paid tribute to his late friend with an emotional message.

Diddy first met Biggie in 1992.They had gone to a soul food restaurant called Sylvia’s up in Harlem. Diddy shares that the first thing he noticed about his friend is how “big” and “black” he was.

He remembers that in-your-face rap attitude guy was unexpectedly quiet there. Biggie was so nervous that he could not even eat. Diddy then realized how important the moment was to Biggie as it was his dream come true.

You may like to read Is Jordan Ozuna rapper Diddy’s mystery woman? Her relationship with Tyga, Justin Bieber and Younes Bendjima

In the Instagram video, Sean talks about how his wound has not healed even over 20 years and how Biggie was with people.

20 years ago today we lost the greatest rapper of all time, The Notorious B.I.G. We’re celebrating his life through his music and through his legacy today. I want everyone to get involved and rap your favorite Biggie verse, tag me and use the hashtag #WeMissYouBIG @badboyent

Even after 20 years, Sean misses his friend and it seems that he has remembered his friend all this time, over good days and over bad days. Then he notes that Biggie has always been a big part of his life and has helped him in his career.

“This year is more of a sobering year. It’s 20 years. For us, we lived 20 years of our lives without somebody that has been a big part of our lives that has basically been responsible for the legend of our careers.”

Diddy also called on his fans to rap their favorite verse by the late rapper and share it with a hashtag.

#WeMissYouBig so he could curate the contributions into “something special”.

“Today is March 9. Twenty years ago today we lost the greatest rapper of all time, the Notorious B.I.G. Today, we’re celebrating his life through his music and through his legacy today. I want everyone to get involved and rap your favorite Biggie verse, tag me and use the hashtag #WeMissYouBIG @badboyent (sic)”

P. Diddy is a rapper, singer, songwriter, actor, record producer as well as an entrepreneur. He belongs to American society and his real name is Sean John Combs.