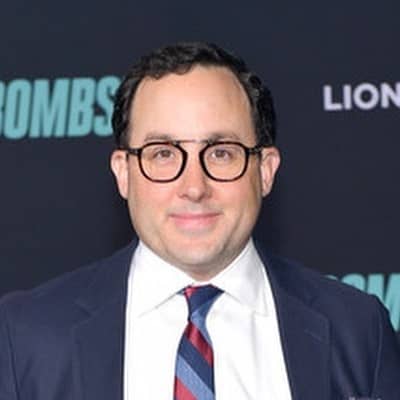 P.J. Byrne is a happily married man. He gets married to Jaime on the 7th of July 2007. His wife Jaime is the district director in Los Angeles and Beverly Hills for health care services and fund-raising for the Muscular Dystrophy Association.

The couple is blessed with three children two daughters named Madison and Libby and a son named Bear.

P.J. Byrne is an American character actor who being popular after portrayed the role of Nicky “Rugrat” Koskoff in the Martin Scorsese film The Wolf of Wall Street. He is also best known for his role as Bolin on Nickelodeon’s animated series The Legend of Korra.

P.J. was born in Maplewood, New Jersey, U.S. but raised in Old Tappan, New Jersey. The birth date of P.J. was on the 15th of December 1974. His full name is Paul Jeffrey Byrne. The actor holds American citizenship and belongs to mixed ethnicity of Irish and Italian.

Further, there is no detail available regarding his siblings.

P.J. attended Northern Valley Regional High School at Old Tappan and graduated in the year 1992. He completed his bachelor’s with a double major in finance and theatre at Boston College.

During the time, he wanted to be an investment banker but his drama teacher convinced him to follow his passion for acting. Afterward, he joined The Theatre School at DePaul University for MFA.

He made his film debut through the 2003 American comedy film Bruce Almighty as Panicked Newsroom Staffer. Afterward, he appeared in several films such as Fun with Dick and Jane (2005), Bewitches (2005), Charlie Wilson’s War (2007), Evan Almighty (2007), and so on. He played a recurring role in a television series The Game where he portrayed the role of Irv Smiff.

From 2012-2014, he contributes his voice for the character Bolin in the animated television series The Legend of Korra. He was cast in the main role as Nelson Cassidy in the 2014 series Intelligence. Lately, he was seen in the 2021 anthology series, Them where he portrayed the role of Stuart Berks.

P.J. keeps himself away from any sorts of rumors and controversy that could hamper his personal and professional life.

P.J. has a decent amount of net worth as per other online sources, he has an estimated net worth in the range of $1 million to $5 million. Furthermore, his salary, yearly income, and other assets are still under review.

The actor has an impressive height of 5 feet 9 inches tall and weighs about 80 kg. His chest, waist, and biceps sizes are 40, 32, and 16 inches. Likely, he has brown hair as well as brown pair of eyes.

The actor has a verified Instagram and Twitter accounts with more than 56.3k followers and 12.7k followers respectively. He is also active on Facebook with over 1k followers.