Currently, it seems she is single and not dating anyone. Moreover, it might be she is dating someone privately but not revealing it, and she enjoys her private life.

Previously in 1973, she married J. Steven Sole is a singer-songwriter but they divorced in 1975.

Later on, she married actor Dennis Quaid in 1978 and they got divorced in 198

In the same year, she married Skip Holm who was a Poilet on The Right Stuff. Sadly they divorced in 1998. Even though they have a son named Sky (born 1983) and a daughter named Ashley (born 1988). 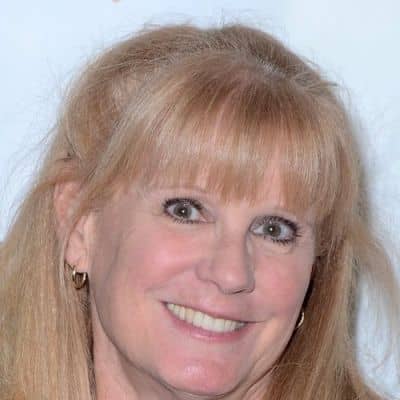 P.J. Soles is a German-born actress from America. She is widely known for playing the role of Teacher(Voice Cameo) on Halloween(2018).

P.J. Soles was born on 1950 July 17, in Frankfurt, West Germany as of 2022 she is 71 years old. Along with that, her zodiac sign is cancer, and holds a nationality of American, German.

Furthermore, she was born to her American mother Ancy Handron, and her Dutch father from Rotterdam, Cornelis Johannes Hardon II, who used to work at an international insurance company.

Moving to her educational background, she joined high school at the International School of Brussels in Brussels, Belgium. Furthermore, she attended   Briarcliff College in White Plains, New York, and later transferred to Georgetown University.

When she joined Georgetown University she was aspirations to become the first women ambassador to the Soviet Union. When she went to Actors Studio in New York City, she changes her career and inspire her to pursue acting.

Later on, she moved to Manhattan and she began her acting career and modeling for fashion magazines. She debuts her film in Blood Bath in 1975.

After that, she played the role of Norma Watson in Carrie which was Directed by Brian De Palma. In a short period, she earned her name and fame. Through her acting skill, she impressed her fan, audience, and 19s director.

Later on, she appeared on Our Winning Season(1978) playing the role of Cindy Hawkins. In the same year, she played the role of Lynda Van Der Klok in Halloween which was directed by John Carpenter.

In the same 2013 appeared in Chastity Bites as Lea’s Mom.

Moreover, in 2018 she appeared in Halloween sd Teacher voice, and in 2019 in  Hanukkah as Mrs. Horowitz. Along with that, her latest movie is 13 Girls playing the role of a Medical Examiner.

She has also played in numerous Television series. Her debut in Television is Love is a Many Splendored Thing(1973).

Later on, in 1978 she played in Zuma Beach as Nancy and Romance Theatre(1982) as Cassie. Likewise, in 1994 she played the role of Evelyn Randall in Rebel Highway.

P.J. Soles: Net worth and Salary

There is no such information about her rumors and controversy, she is not a controversial star. Till now, she has not been involved in such a thing which may ruin her entire career and be publically shamed.

She has Blonds hair and Blacl air of eyes. Her looks define her personality.

Moving on to her social media account, her Instagram account has almost 15.2k Followers and 811 Following under the username @pjsoles Moreover, she doesn’t use any other social media. It seems like she is not so active on social media.