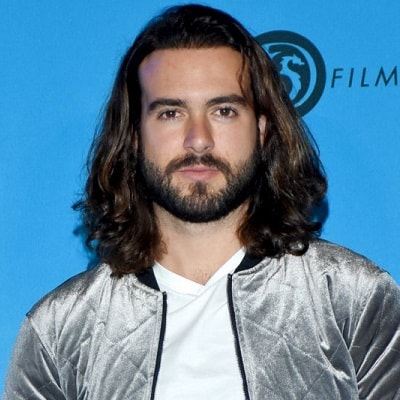 Pablo Lyle is a married person, He has been married to his girlfriend Ana Araújo on 27 December 2014. The couple is blessed with a son named Mauro, born in 2013, and a daughter named Arantza.

Previously, he has dated Dulce María in 2009 and dated Mexican actress Zuria Vega in 2012. But they soon broke up.

Who is Pablo Lyle?

Pablo Lyle is a Mexican actor. He is widely recognized for his roles in La Sombra del Pasado and Por Siempre mi Amor.

He was born on November 18, 1986, in Mazatlán, Sinaloa, México. His birth name is Pablo Daniel Lyle López. He has not disclosed any information regarding his parents, siblings, and childhood.

Pablo holds American citizenship but his ethnicity is Mexican.

He attended the Catholic school and graduated from there. After graduation, he began his career as a model.

Pablo Lyle started his career as a model and did he began his acting career in the years 2005. He made his debut from ‘Verano de Amor’ in 2009 as Baldomero Perea Olmos.

Lyle has made his breakthrough in ‘La Sombra del Pasado’ as Cristóbal Mendoza Rivero in 2014, the lead character of the series, and appeared in the series for a year.

It seems Pablo has not been awarded and nominated for his work to date.

According to celeb vogue, he has around $19 million but his exact net worth is still under review. Also, his salary and other incomes are under review.

He punched a 63-year-old Juan Ricardo Hernández after a traffic incident on the Dolphin Expressway on March 31, 2019, and turned himself in and charged with assault on the same day.

Unfortunately, the victim died at the hospital on 4th April 2019 following an internal hemorrhage.

Pablo Lyle stands a height of 6 ft. and has dark brown eyes and dark brown hair. But, other information regarding his weight, shoe size, dress size, etc. are not available.