Posted by MarriedBiography Posted on March 5, 2021 | In Divorce , Married , Relationship
Share this 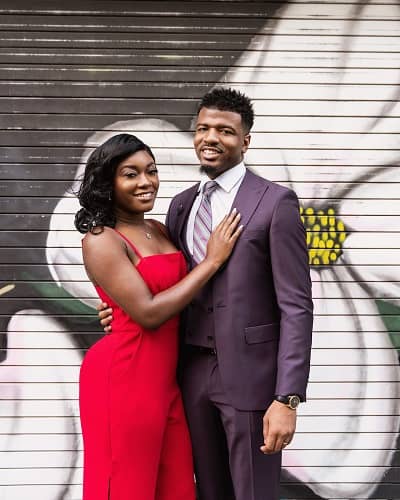 Paige Banks of Married at First Sight is not so happy finding of Chris Williams baby news with his ex-fiance. She received a lot of praise for how she handled the situation with Chris.

Experts suggested her to end her marriage with Chird and cut off all contact with him. But she rejected the advice.

Chris told her that his priority will be his marriage with Paige rather than his ex and the unborn baby. But things have changed in the recent episodes of the show.

William revealed in the recent episodes that he has been chatting with his ex and has discussed getting back together. He even claimed that he is still in love with his ex Mercedes.

“What? Like, do you think you want to get back together with her?”

William revealed that he is not sure yet but they had discussed it. Chris also informed her that he has been talking to a divorce lawyer and prepared to end their marriage. Just after revealing of divorce lawyer thing he tells Paige that he is afraid of falling in love with her.

Paige Banks felt her marriage is in steak so thought of having a chat with Chris William’s ex, Mercedes. She made it clear to her that she does not have any ill feelings towards her.

She asked her if she knew Chris was on Marriage at First Sight or not. Mercedes was unknown about it until she told Williams about her pregnancy.

“I can imagine, that was seven weeks ago that y’all had a moment, and bam, he’s married,”

Later, Banks revealed that she had no interest in meeting his ex-fiance. She did not have any curiosity which she needed to get answered. Paige added,

“The only reason I even agreed to the sit down is out of respect to the process. This meeting had nothing to do with Chris. I’ve made it very clear that I’m committed to the MAFS experience and to the journey – and that’s the only reason I accepted Chris’ invite to meet the soon to be mother of his child,”

Who is Paige Banks outside of ‘MAFS’?

Paige Banks is an educated lady who has a bright future in front of her. She went to Syracuse University where she graduated in the year 2016 with a Bachelor’s degree in Science. Later, she went to the Georgia State University and received her accounting degree in 2018.