Paige Nielsen is a soccer player who plays as a forward and defender.

Paige Nielsen is currently in a relationship. She often posts the picture of her boyfriend on her Instagram account. She is yet to reveal the future of this relationship. 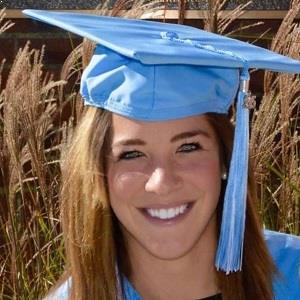 Who is Paige Nielsen?

Paige Nielsen is an American soccer forward and defender who currently plays for Suwon FMC in the WK League in South Korea.

Most of the information relating to her early life and childhood years are not available at present. She is of American nationality. Furthermore, she has not revealed detailed information regarding her ethnic background.

Talking about her education, Nielsen attended Lincoln Southeast High School where she was a four-year varsity soccer player. Later, she attended the University of North Carolina, Chapel Hill from 2012 to 2015 where she played for the Tar Heels.

Nielsen was twice named a Nebraska Gatorade Player of the Year nominee in 2011 and 2012. Additionally, she also set new school records after ending her high school career with 79 goals and 35 assists. For Toro Bravo, she helped lead the team to three state championships, the Midwest Regional League championship in 2011, and National League Red Division championship in 2012.

From 2007 to 2010, Nielsen played for the Nebraska Olympic Development (ODP) team. From 2012 to 2015, she played for the Tar Heels and during her freshman season, she played in 20 games for the Tar Heels, starting five. Next, the same year, the team won the NCAA Division I Women’s Soccer Championship for the 21st time. Eventually, she finished her sophomore season with six goals and four assists.

Nielsen captained the Tar Heels during her senior season and finished her overall collegiate career with 13 goals and 7 assists playing as both a defender and forward. She was selected as the 25th overall pick of the 2016 NWSL College Draft by the Seattle Reign in January 2016. Next, she made her debut for the club in a match against the Chicago Red Stars on May 22.

She was the NCAA Believers and Achievers Award Nominee in 2012. Additionally, she is the three-year Academic All-State Award honoree with a 4.4 GPA. Nielsen has not revealed her current salary. Additionally, she has an estimated net worth of $1.5 million as of 2022.

Nielsen came to the news after the Seattle Reign announced they had waived her ahead of the match against the Boston Breakers. Currently, there are no rumors concerning Nielsen and her career.