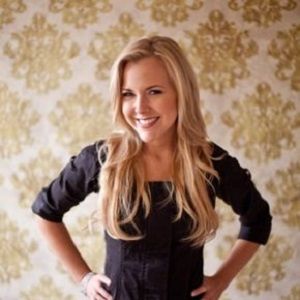 Remember that when God calls us to leave behind something, it means He has something better in store for us. Allow Him to replace the old with the new today!

Lord, my life is but a mist (James 4:14), yet through Your power, the things I give myself to can have an eternal impact. I am Your vessel.

God is equipping you, protecting you, &

readying you to fight for the mission He has given you to change the world.

Paige Omartian has kept her personal life private and out of the spotlight. She usually doesn’t talk about her private life in media and public. However, it is revealed that she is a married woman.

She is married to her record producer, Chris Omartian. The couple got married on November 11, 2011, in Nashville, Tennessee. There is no any record of their children till now. The couple has been married for over five years now and their relationship is going very well.

Who is Paige Omartian?

Paige Omartian is an American Christian rock singer-songwriter. In addition, she is also a public speaker and author. She is widely famous for her feature on a Bath & Body Works holiday compilation album sponsored by the Make-A-Wish Foundation. In addition, Armstrong is also famous for hosting iShine KNECT, a Christian tween show on TBN during its first two seasons. She is a cancerous bone tumor survivor.

Paige Omartian was born on June 9, 1990, in Nashville, Tennessee, USA. Her nationality is American, but her ethnicity is Caucasian.

Her birth name is Paige Armstrong. She is the daughter of Gary Armstrong and Donna Armstrong. She grew up in Doylestown, Pennsylvania. As a child, she was passionate about singing, acting, and songwriting. In 2001, she was diagnosed with Ewing’s sarcoma, a cancerous bone tumor on her right leg. At the present time, she is completely cancer-free.

While Paige was hospitalized due to cancer, she began writing songs about the way she felt during her trials. At that time, she gained the attention of the Make-A-Wish Foundation. After that, they arranged for her to record a Bath & Body Works holiday CD in Nashville, Tennessee with other big artists. In addition, Armstrong appeared on national news programs such as Today and Extra.

Paige began her career as a professional singer-songwriter in 2004. She became widely popular after becoming a recording artist and host of the Christian tween/teen show, iShine KNECT on Trinity Broadcasting Network in 2008. Paige released her debut album, Wake Up through Whiplash Records on October 6, 2009. She then released her first book with Harvest House Publishers titled Wake Up, Generation in August 2012.

Paige Omartian: Salary and Net Worth

Her net worth and salary are unknown to the media.

At the present time, there are no desperate rumors regarding her personal and professional life. It seems she is doing her best job without harming others and has been a straight person in her life. As a result, she has not been in any controversy yet.

Paige’s hair color is blonde and her hair color is brown. Other information on her body measurement like height, weight, shoe size, dress size, etc. is unknown.