Curious case of Paige Tamada! Paige started her career in acting since she was six years of age but left the entertainment industry and disappeared when she became 14! 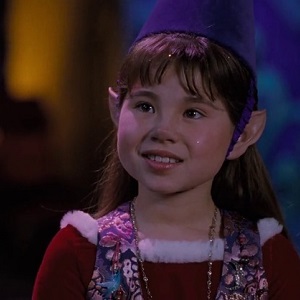 What is the relationship of Paige Tamada?

Paige Tamada is not active in the show business since 1999. This means there is no media coverage that surrounds her wherever she goes.

It restricts us to know any information regarding her relationship status. It is even hard to recognize her as the last time the whole world saw her was in 1999.

As of now, there is no information that reveals her relationship status.

Who is Paige Tamada?

Paige Tamada is an actress who has starred in films and TV.

She has starred in a 1994 American Christmas fantasy family comedy film, “The Santa Clause”. She is also known for movies like “Mad City”, and “Milo”.

Presently, she is not into acting since 1999.

Paige was born Paige Yukiko Tamada on January 11, 1985, in Los Angeles, California. As of 2022, she is 37 years old. She grew up in a city where people across the world travel to get into show business.

Fortunate and talented Paige got to get into show business from a young age. She was already acting in a TV show at the age of 6. Consequently, she was in the limelight from a young age. This shows that her childhood was a little bit different than that of another normal child.

She was educated in the French American School Lila in Santa Ana, California.

Paige started her acting career at a very young age. In 1991, she joined the cast of the TV show, “The Fresh Prince of Bel-Air”. She played a minor role there. She went on doing different roles in TV series. From 1991 to 1995, she also starred in an American television sitcom, “Evening Shade”.

Furthermore, from 1992 to 1995, she also appeared in a TV show, “Full House”. She went on doing minor roles and working hard. Consequently, she got her to break in 1994. She joined the cast of the family comedy film, “The Santa Clause” in 1994.

She portrayed the character of ‘Judy the Elf’ in the film. This performance boosted her career and she went on getting many roles. Afterward, in 1997, she starred in a 1997 American thriller film, “Mad City”. Similarly next in 1998, she starred in the film, “Milo”.

Presently, she is not active anymore in this industry. She hasn’t been seen in any film or TV series/show since 1999.

Paige’s eye color is brown and her hair color is black. She has not been active in the entertainment industry for a while. Her height, weight, and other details of her body measurements are unknown.

Also, you might be interested in finding out more about the relationship status, salary and the net worth, rumors and controversies, and bio of Ty Panitz, Ocean Maturo, Dashiell Messitt, and Fox Messitt.