Paige Turco is a known American actress and model. She is currently single. 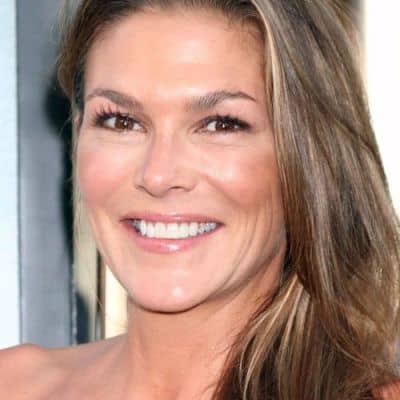 Who is the famous husband of actress, Paige Turco?

Paige Turco is currently single as per the sources.

Previously, she was married to Jason O’Mara, an Irish actor in 2003. Together, they have one son named, Davi who was born in February 2004.

The couple revealed their separation on June 19, 2017, though they were officially divorced on May 1, 2017, after Turco filed for divorce.

She asked for the joint legal and physical custody of their son David and marital support too.

Who is Paige Turco?

Paige Turco was born to her parents in Boston, Massachusetts on May 17, 1965. Turco is 56 years old as of 2022 and holds an American nationality.

Her ethnicity is mixed (English, French-Canadian, Italy). According to the astrologers, Taurus is her birth zodiac sign. Jean Paige Turco is her full birth name.

David Vincent Turoc is her father while Joyce Jean (Jodoin) is her mother. Her mother shifted to Springfield, Massachusetts while she was one year after the death of her father. She was brought up there by her single mom.

Talking about her educational life, she studied at the Walnut Hill School based in Natick, Massachusetts, and did a single performance at the Amherst Ballet Theatre Company, the Western Massachusetts Ballet Company, and the New England Dance Conservatory.

She could not continue her ballet dance due to her ankle injury.

She attended Bay Path College located in Longmeadow, Massachusetts in 1987 and specialized in drama at the University of Connecticut.

Paige Turco debuted her acting career playing the role of Dinah Marler in the CBS drama series, Guiding Light, and Melanie Cortlandt on the soap opera, All My Children.

She went on to work in several movies and tv series. She starred in ht e NBC’s primetime soap opera titled, Winnetka Roading in opposition to Catherine Hicks. In the following year, she appeared in ‘American Gothic which aired on CBS.

Later, portrayed the role of Officer Sullivan in ‘NYPD Blue’ and as Annie Mott on ‘Party of Five.’ She landed as a graphic artist, Teri Lowell in the CBS drama series, The Agency from 2001 to 2003.

She appeared as science teacher Mrs. Nell Turbody in the third season of ‘Rescue Me’ and became a regular cast member in the drama series, ‘Big Shots that aired on ABC.

She played the role of Lisbeth, the former wife of Dylan McDermot’s character, Duncan Collinsworth, CEO of a cosmetics company.

Turco starred as Carol Vermeil in the movie, Invincible in 2006 and appear in the Walt Disney picture ‘The Game Plan’ in 2007′ as a co-star.

Likewise, she played the numerous episodes of ‘Damages’ and made guest appearances on ‘Law and Order: Special Victims Unit ‘ and ‘The Good Wife, Blue Bloods’. She portrayed the role of Zoe Morgan in ‘Person of Interest’.

She started to play as a regular cast in the drama series titled, The 100 in March 2014. The following year, she played the lead character’s spouse in the action crime drama television series titled, NCIS: New Orleans.

Paige Turco has not faced any rumors or controversies up to date.

As of 2022, the net worth of Paige Turco is estimated to be around 5 million USD according to Celebrity Net Worth.

There is no further info on her salary and income.

Paige Turco has a well-maintained body standing at the height of 5 feet 4 inches and weighs around 50 kg.

Her body dimensions are 36 inches in bust size, 26 inches in the waist, and 35 inches in hip size.

Coming to her facial appearance, she has beautiful fair skin. She has a brown-colored couple of eyes and grey-brown color mixed hair.

She has posted only one quote picture on her Insta account on January 8, 2016.