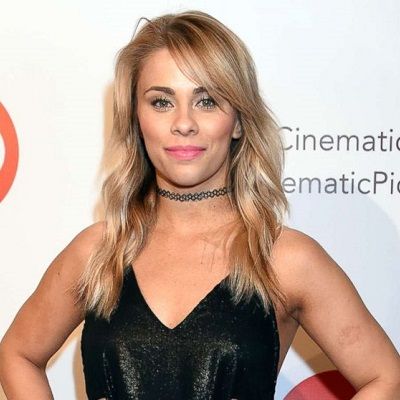 I put a lot of pressure on myself just because I hate losing more than I love to win.

There's just something about fighting that just makes sense for me. I do it because of the fun, the thrill behind it... the adrenaline. I guess I'm an adrenaline junkie.

I was bullied in high school. I went through a very traumatic freshman year. And I want to be a voice for all the girls out there that went through similar stories, or went through similar trials. I lost my voice at that time and I lost completely who I was, and I was able to find that through fighting. And I just want to be a positive role model and show that just because your world is crumbling at that point and time, there's always a future to look forward to.

What is the relationship of Paige VanZant?

Paige VanZant is a married woman. She married Austin Vanderford. Austin is also a professional MMA fighter. He is a two-time NAIA All-American and national champion wrestler.

They began dating the previous year in 2017. Austin proposed her in January 2018. Paige shared her marriage pictures. She wore a white gown and veil. Austin was in a white shirt and dark pants. They walked down the aisle in a beachside. There were many guests at their wedding.

Who is Paige VanZant?

Paige VanZant is an American mixed martial artist, model, and author. She is known for signing to the flyweight division of the Ultimate Fighting Championship.

Paige VanZant was born as Paige Michelle Sletten on 26th March 1994 in Dundee, Oregon, US. She was raised in Dayton, Oregon. She is the daughter of Steve VanZant and Rachel VanZant.

Paige has a brother Steven Sletten. Her brother is a convicted child molester. He was jailed for an attempted sex attack on a 13-year-old boy.

Likewise, her parents owned a dance studio. She grew up dancing ballet, jazz, and hip hop for over 13 years. When she was in her teen, she appeared in a mop commercial for Bissell.

Paige was considered a tomboy while growing up. She used to ride dirt bikes and go fishing.

Paige released her biography Rise: Surviving the Fight of My Life on 10th April 2018.

The book is about her rise to fame, UFC battles, personal battles, and appearances on Dancing with the Stars.

The estimated net worth of Paige is around $1 million. Her total career earnings are $474,500.

She has modeled for Columbia Sportswear and Nike. She signed a sponsorship deal with Reebok in 2015.

When she was in high school, she was bullied by a group of girls. They started some bad rumors about her which circulated in her school.

She was raped by multiple male classmates at a party. She changed her surname due to persistent bullying.

Paige has blonde hair and grey eyes. She is 5 feet 4 inches tall and weighs around 57 kg.

Around May 2018, Paige confirmed her breast augmentation.

On Instagram, she is following personalities like Malki Kawa, Leigh Steinberg, Kalen Allen, Wanya Morris, Tyron Woodley, and others.

You may also read about the age, parents, professional career, net worth, rumors and controversy, body measurement, and social media of Kamaru Usman, Ian Heinisch, and KGB Andrea Lee (fighter)