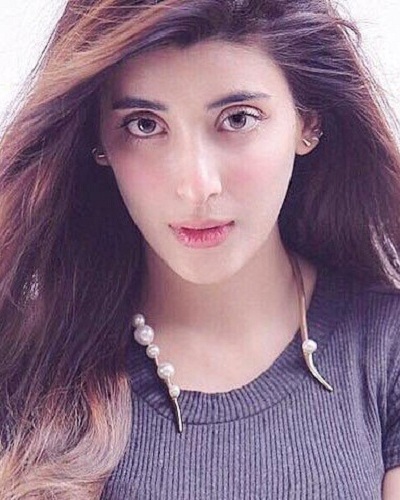 Pakistani VJ Urwa Hocane is a beauty with brains! She is a courageous lady and has done modeling and acting. She recently was impressed at her country’s leadership and the behavior of the Pakistani armed forces with the captured IAF pilot.

Urwa Hocane and her pride for her country’s leadership

The celebrities from both sides were cautious initially but have now opened up about the India-Pakistan tensions. Urwa Hocane is proud of her country’s leadership. She tweeted:

“Better sense must prevail, says my PM @ImranKhanPTI. Despite being more than ready & capable of war, we want peace, says DG ISPR Asif Ghafoor. Proud of my Leaders, Pak Army & my Nation for this Strength, Maturity & Grace. We’re a peace loving country indeed,”

Urwa further praised her country’s PM Imran Khan for his mature stance in wanting to release the captured IAF pilot. She tweeted:

“What a time to be alive Alhumdulillah – My Pakistan, my PM @ImranKhanPTI and Pak Army has made me feel another level of pride today – I am in tears to see my entire nation stand together for #Peace! Such an epic clap back in the face of all warmongers! #PakistanZindabad.”

Urwa Hocane and her early life and family

Urwa Hocane is 27 and was born in Karachi in Pakistan on 2 July 1991. She grew up in the city of Islamabad. She studied at Bahria College in Islamabad. Her sister Mawra Hocane is also an actress and model and is a non-practicing lawyer. There is nothing revealed about their parents. She also has a brother.

Urwa Hocane and her debut as a theater actress

Urwa was a mere 14 when she began acting on stage. She then worked as a VJ for ARY Musik. Urwa got an acting role in 2012 in Meri Ladli. She also did serials like Kahi Un Kahi, Madina Malina, and Marasim. Additionally, she did telefilms such as Anaya or uski Mayen and Pyar ki Love story.

She debuted into films with Na Maloom Afraad. People and critics praised her performance. She got an offer for the main lead in Azhar but refused it since she did not want to do bold scenes. Urwa has done other films which include Punjab Nahin Jaungi in 2017 and Rangreza also in the same year. She plays Kangana in the film Kaaf Kangana and is also filming for Jhol. Her petite frame and sharp features are liked by her fans.

Urwa Hocane and her romantic life

The hearts of many men would be broken to learn that the beautiful Urwa is a married woman. Her husband is Farhan Saeed and the two wed in December 2016 in Lahore, Pakistan. It is not known how the two met and when they began dating. But their married life is a blissful one. The couple has no children yet.

Click to know more about Pastry Chef Anna Olson rise to fame with her cookbooks, endorsements, and TV shows on Food Network Canada!

Pakistani model and actress Mawra Hocane is proud of her country’s armed forces in dealing with the captured IAF pilot and is shocked at Indian leadership!
Tags : Actress Model Pakitani VJ