Pam Andrews is an actress and pop singer. She is renowned as the Gail October of the TV series, Rhythm City. She is happily married to Voytek Pieron. 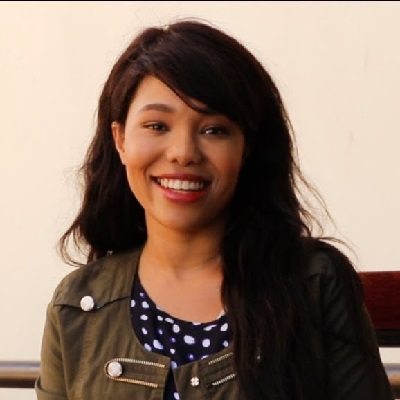 Pam Andrews is happily married to Voytek Pieron. Her husband, Voytek is a Polish businessman. They married in 2014.

Previously, she was married to French engineer Cedric Thivillon. They married in 2008. After four years of marriage, she parted her ways with Cedric via divorce in 2012.

She has a child, Cidjey (b. 2015). Her son is a child actor. He appeared in the TV series, Rhythm City as David Genaro.

Who is Pam Andrews?

Pam Andrews is an actress and pop singer. She is renowned as the Gail October of the TV series, Rhythm City.

Last, in 2019, she appeared in the finale episode of the TV series, Rhythm City.

Pam Andrews was born on September 7, 1984, in South Africa. She is of British-Scottish ethnicity. As of September 2020, she is 36 years old. Also, her zodiac sign is Virgo.

To the date, she has not shared any details on her family background including father, mother, and siblings. Also, details on her academics are behind the curtains.

Pam Andrews was first introduced in 2001, as the Coca Cola Popstars. As a member of the singing group, she won the first season of the Pop Stars.  The platform opened the door for her in the entertainment industry.

After that, her acting career started with the series, Tshisa. In the series, she portrayed the character of Roxy. However, her appearance in the series was only limited to a single episode.

Moving forwards, she appeared in the ETV drama, Backstage as Wild Child Frankie. In 2007, she featured the soap opera, Rhythm City as Gail October.

After being in the limelight for a long time period, she left the entertainment world and traveled throughout Europe to rediscover herself. Eventually, in 2017, he came back to the industry and joined the series, Rhythm City once more.

Pam Andrews has brown eyes with brunette hair. She stands at a decent height and has an average weight.

Pam is active on Twitter with the handle, @MissPamAndrews with over 33.7k followers.

She also has a self-titled YouTube channel with around 612 subscribers.

The touching Love Story of Debora Taylor and Her Late Husband Hank Taylor. Debora consoling herself with the voice message “I Love You” from her late Husband. Accidental Delete of message!!

‘Riverdale’ actor KJ Apa is going to be a father! Who is his pregnant girlfriend Clara Berry?