American Actress Pamela Reed is married and a foster mother of two. 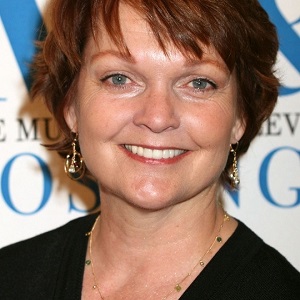 “In twenty years of being in Hollywood, this is what I've learned

If I want my hair to look good, I bend over and brush it - then I leave my house.”

Pamela Reed married Sandy Smolan in the year 1988. She has been living in Hancock Park, Los Angeles, since 2004.

They have adopted two children, Reed and Lily. The family is living together happily.

Who is Pamela Reed?

Pamela Reed is an American actress and she is recognized for her role as Arnold Schwarzenegger’s hypoglycemic police partner in the movie ‘Kindergarten Cop‘.

She is also popular for her role as Matriarch Gail Green in ‘Jericho’.

She holds American citizenship and her ethnicity is English.

She studied at the University of Washington and earned her B.F.A.

Pamela Reed was a regular cast in the CBS drama ‘The Andros Targets’ in 1977 and played minor film and television roles in the 1980s. She starred in the film ‘The Clan of the Cave Bear’ in 1985 with Daryl Hannah.

She portrayed the role of Janice Pasetti in the NBC sitcom ‘Grand’ and played a judge and single mother in the short-lived sitcom ‘The Home Court’.

She played the role of executive producer Esther Shapiro in ‘Dynasty: The Making of a Guilty Pleasure’ in 2005. The movie was based on the creation and behind-the-scenes production of the 1980s prime-time soap opera ‘Dynasty.

She was awarded CableAce Award in the category Best Actress for the HBO series ‘Tanner ‘88’ in 1988.

She has an estimated net worth of $5 million and she has earned that sum of money from her professional career.

She has maintained her celebrity personality to date. She has not been involved in rumors and scandals in her professional career.

Pamela Reed has got light red hair and dark brown eyes. She has a height of 5 ft 8 inches and weighs 65 kg.

To know more about Hannah Marks, Cyia Batten, and Gary Cole, please click on the link.