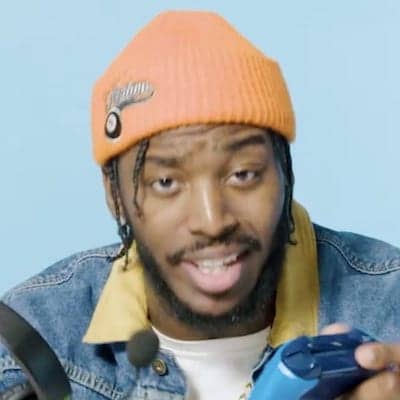 Pardison Fontaine’s relationship is taken. He is having a romantic affair with sexy rapper, Megan Thee Stallion.

Their love was made official by Megan in Feb 2021 via an Instagram live session. For Valentine’s day, he made the day special and arranged a private jet, red roses, and a special menu.

Recently, in late May 2021, he and his girlfriend walked the red carpet of the iHeartRadio Music Awards for the first time.

They were looking like a power couple because of their attire. Pardison wore a khaki suit while Megan was seen wearing a short golden dress.

Father of a Child

Though Pardison is married he has a daughter who was born in 2016. Her name is Jordy Jr. but the details of her mother are not available.

He often posts his kid’s picture on social media.

Who is Pardison Fontaine?

Pardison Fontaine is an American rapper and songwriter. He has teamed up with several artists like Cardi B, Kanye West, J-Louis, and Megan Thee Stallion.

In addition, he is also associated with the hip-hop genre and Atlantic label.

He was born as Jorden Kyle Lanier Thorpe on 29 Dec 1989 in Newburgh, New York. The name of his mother and his father is behind the curtain.

Pardison’s ancestry is All-American and talking about his academics, he went to Newburgh Free Academy.

Pardison Fontaine is active since 2011 in the musical industry. In 2015, he released his first mixtape titled Not Supposed to Be Here.

Then four years later, in 2019, his debut studio album came out named Under8ed. Some of the tracks from this project are Peach, Shea Butter, Rodman, and Take It Down.

At present, he has an estimated net worth of around $500k which is estimated. However, his salary and other earnings are unknown.

This star rapper is keeping himself away from rumors and is also not surrounded by any desperate scandals.

Regarding Pardison’s body features, his height is 6 ft 3 inches and his body weight is 98 kg.

Moreover, his eyes are dark brown and he has black hair. He dyes his hair in different colors and usually braids them.