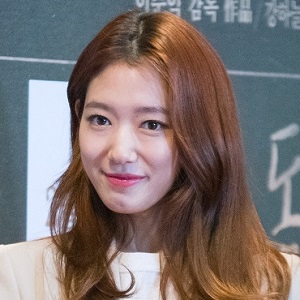 Less make-up is better, and it's always better to let your natural beauty shine. Essentially, be happy with your appearance

Due to my hectic work schedule, I hardly have enough sleep, and my skin tends to look dull. Facial masks are my savior, as it helps to brighten and hydrate my skin

I cannot believe that 'Pinocchio' is over yet, and I always think about so many great memories that I made while playing in the drama.

Park Shin-hye has kept her personal life private and out of the spotlight. She usually doesn’t talk about her private life in media and public. She prefers people focusing on her work rather than her personal life. She hasn’t mentioned about her affairs publically and has managed to keep it low profile. There is no any record of her marriage and divorce till now.

She has not clarified about her married life, affair, boyfriend and spouse till the present time. It seems like she is sharpening her strength and skills to make her all dreams come true rather than being stuck in a relationship. She is currently focusing on her work and it seems like she doesn’t have time for love affairs. According to the records, she is possibly single at the present time.

However, the rumors were that she was dating Lee Min Ho.

Who is Park Shin-hye?

Park was born on 18 February 1990, in Gwangju, South Korea. Her mother’s name is Jo Mi-sook and father’s name is Park Hyun-jong. She was raised in Songpa District, Seoul. Her brother Park Shin-won is a guitarist for the band Tree Bicycle.

Park began her career as a model. She made her first appearance on music video “Flower” by singer Lee Seung-hwan. After that, he began formal training in singing, dancing and acting. She made her acting debut in a Korean drama series, Stairway to Heaven playing Han Jung-suh in 2003.

She then starred as Hana in Tree of Heaven (2006) and received praise from critics for her performance. Park also performed on the soundtracks for Flower Boys Next Door and Heartstrings. In 2012, she played the ghost Yeon-hwa in Don’t Worry, I’m a Ghost.

From 2014 to 2015, she appeared as Choi In-ha in the TV drama Pinocchio. In 2017, Park will star as Choi Hee-jung in the crime thriller film Silent Witness. She has a net worth of 3 million dollars.

Park was once rumored to be dating Park Hae Jin. In 2015, the actress and actor were rumored to be more than just friendship. She was over the Besides being linked with all the popular Korean actors, she is still single and there is no any official information about her love affairs and boyfriend. Currently, there are no desperate rumors regarding her personal and professional life. It seems she is doing best job without harming others and has been a straight person in her life, for which she has not been in any controversy yet.