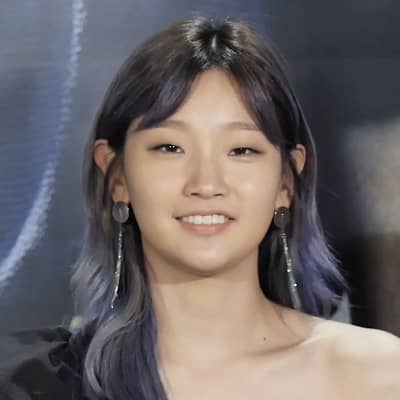 Previously also she hasn’t talked anything about her love life and never seen dating anyone. The actress may be single or maybe secretive about her relationship in the media.

Who is Park So-dam?

Park So-dam is a popular Korean actress. She gained worldwide popularity after appearing in the movie Parasite. The movie was able to be the first South Korean film to win the “Palme d’Or”, the highest prize awarded at the Cannes Film Festival.

Park was born on September 8, 1991, in Seoul, South Korea. She holds South Korean nationality and has Asian descent.

She is the eldest daughter of her parents. Park has a younger sister and brother. However, she hasn’t disclosed any other information about her family.

Although Park posts various photos with her family members on her social media account.

Park has her schooling at Jangsin Girl’s High School. Likewise, she completed her education at The Korea National University of Arts.

Park started her acting career from the year 2013. She has appeared in various movies in her initial days. She portrayed in the Korean Academy of Film Arts feature Ingtoogi: Battle of the Internet Trolls and the indie Steel Cold Winter. It was her career breakthrough. No sooner she was part of Scarlet Innocence and The Royal Tailor in the year 2014.

She then appeared in the 2015 OnStyle drama My First Time. Moreover, her performance in The Silenced received many compliments and also grabbed “Best Supporting Actress” at the Busan Film Critics Awards.

In 2016, she perform the lead role in KBS2’s medical drama A Beautiful Mind and tvN’s romantic comedy series Cinderella with Four Knights. Her movies like Veteran, The Throne, and The Priests hits the box office.

She starred in Bong Joon-ho’s black comedy, Parasite Parasite in 2019. The movie received international critical acclaim and was a box office success in South Korea. Just in 2020, she was cast in the youth drama Record of Youth and also as So-dam in the film Fukuoka. The actress is preparing for her 2021 movie, Ghost.

The actress has earned a net worth of around $2 million from her acting career. The South Korean actress receives a salary of around  ₩32,380,788 or an hourly rate of ₩15,568 as per their work.

Working for the movies that were very hit in the box office, she also has received a good salary.

The star hasn’t been part of such activities that lead her name to appear in any rumors and controversial news.

She doesn’t seem to have an official account on Facebook. Although there are various fan pages with over 19K followers.