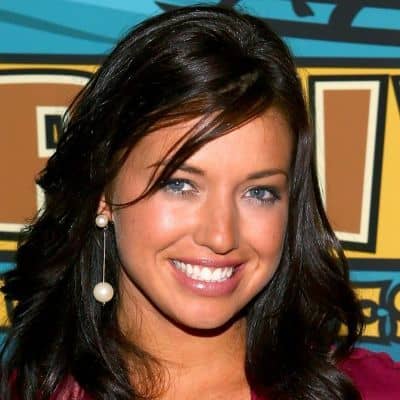 Is Parvati married to John Fincher?

Parbati Shallow is married to her boyfriend John Fincher. Her husband is a Rocket scientist. He is a constant from Survivor: Samoa and is also known for flipping on his alliance due to his fear of being eliminated by a rock drawing tiebreaker.

They started dating in January 2017 and on July 16, 2017, they married and vowed to stay forever in front of friends, relatives, and family.

How many children does Parvati Shallow have?

She has one daughter named Ama. Ama is born in July 2018 in Los, Angeles, California. She is 18 months old. She is cute and has hazel brown color eyes and blonde hair color.

Ama is less active on social media than her mother. Parvati shares a picture along with her daughter while they travel some places.

Who is Parvati Shallow?

Parvati Shallow is a famous American TV celebrity and three-times competitor on the show Survivor. She was the $1 million champion of the reality TV series Survivor Micronesia.

She is also known as a fantastic Yoga teacher, and life coach and gives classes for inner strength and skill.

Her father’s name is Mike Shallow and her mother’s name is Gale Shallow. She belongs to a very decent family where she is blessed with two siblings, a brother, Kaelan Shallow, and a sister, Sodashi Shallow.

Among them, she is the eldest one and her sister Sodashi is a fellow University of Georgia grad.

Talking about her Ethnicity, She holds an All-America ethnicity and American nationality. According to her birth chart, Virgo is her birth sign.

Parvati’s strength is that she is a strong and fearless woman. Before going to Survivor, she was a boxer. She is fond of doing adventurous things like swimming, biking, and running. In fact, She also learned martial arts and boxing at an early age.

Parvati Shallow along with her family transferred to Atlanta at the age of 11. After completing her graduation from Sprayberry High School, she put herself at the University of Georgia and earned a Bachelor of Arts degree in journalism with a minor in French and Italian.

Shallow was an intelligent and active member of the Alpha Omicron Pi sorority.

Parvati Shallow herself is a talented lady. She has started to begin her career in the entertainment industry. Her professions are full of ups and downs. She is also an author and has published one book named Articulation.

In 2004 she started competing in boxing. Besides this, she established an organization named Knockout for girls. The main intention of the establishment was to provide lessons to underprivileged girls.

She has also worked with Jonathan Penner, Jessica “Flicka” Smith, Adam Gentry, and Candice Woodcock as a part of the Rarotonga (tribe) which represented Caucasians.

The fitness and skills of Parvati can be known by the fact that she participated in Nautica Malibu Spirit Triathlon and finished it. She has been part of the movie “Into the Blue: The Reef”.

In 2020, she won the Survivor.  She also hosted Survivor Live on CBS.com and a weekly web-exclusive series in which she takes interviews, with survivors, voted-off castaways as well as other special guests, including past players.

Parvati shallow’s total Net Worth according to 2022 is approximately $3 million – $ 5 million.

The entertainment industry has provided her with a substantial chunk of money. She also earns from her professional job as an actress, Yoga teacher, charity organizer, and Internet talk show. She also earns money by playing useful roles.

The majority of her income comes from social media and brand endorsement as well. She has also become a brand ambassador for fitness brand full life Healthcare, Fast and up.

Parvati Shallow has been in controversial things several times. She was rumored to date many guys like Nathan Gonzales in 2006 and James Clement in 2007.

In 2017 She was also rumored to hook up with Vytas Baskauskas. There were rumors as she was lesbian cause she was dating Natalie but shallow hasn’t accepted these rumors.

Parvati Shallow is a beautiful and pretty young lady with a pleasant demeanor. She is intellectually and physically fit and healthy. She stands at the height of 5 feet 7inches and also weighs 59kg. Parvati has an athletic body.

Similarly, her bra size is 35 inches(39cm), and her waist size is 36 inches(66cm). She has very beautiful eyes of blue color and her hair is of blonde color.

She has made a tattoo on her left wrist. Her Shoe Extent is 9 and her Dress Extent is 8. She also has a small mole on the left side of her cheek.

Likewise, she is popular with 178k followers on Instagram and she also follows 1.4k people along with famous musician Joan Jett and many more.

She always shared glowing pictures of herself on social media. She also shares her holiday picture, doing yoga, and meditations videos on social websites.