Who is rapper Pastor Troy Dating?

Pastor Troy is currently single and is not dating anyone. Until May 2022, there are no social media reports that hinted at his relationship.

However, in 2016, he was rumored to be dating the late Miss Minnie Ross and even she was pregnant with his baby. But, none of them confirmed the news publicly. 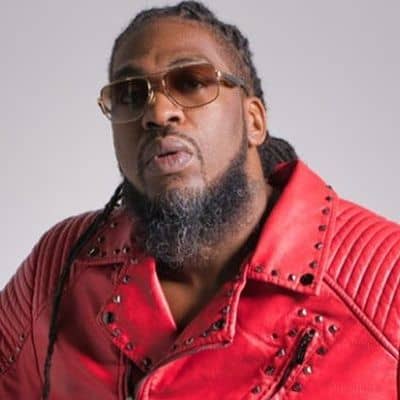 Who is Pastor Troy?

Pastor Troy is a popular American rapper as well as a record producer. He is best known to be a member of the rap group, D.S.G.B. (Down South Georgia Boyz).

Pastor Troy is popular for his solo album, ‘Universal Soldier, and released the album titled ‘O.G.P.T’ in 2017.

Pastor Troy was born in Atlanta, Georgia the United States on November 18, 1977. Troy is 44 years old as of 2022 and holds an American nationality.

The rapper has a Scorpio birth zodiac sign and is of All-American ethnicity.

He was born Micah LeVar Troy, to his father, Alfred Troy (Pastor), and mother, Sheryl Troy. The details of his parents are yet to be known.

Headin toward his educational life, he completed his schooling at Creekside High School and later graduated from Paine College based in Augusta, Georgia.

In 1999, he released his first album titled, ‘We Ready (I Declare War)’, He even got offensive with Master P verbally on the infamous, ‘No Mo Play in G.A’ to steal the attention of the public.

He was featured on Ludacris‘s album titled, ‘Back for the First Time’s song, ‘Get Off Me.’ Similarly, he is a member of the rap group, D.S.G.B. (Down South Georgia Boyz), which was formed in Augusta, Georgia.

His album, ‘Universal Soldier’ became a super hit in the south, especially the song, ‘Are We Cuttin’ after debuting at#13 on the Billboard 200 in 2002. He was also featured on the album ‘Come Shop wit’ Me’ by Young Jeezy in 2003.

After the release of his album ‘By Any Means Necessary’ in 2004, he was set free from the contract with Univeral due to the creativity arguments. After that, he released his album, ‘Face Off, Part II’, and then made collaboration with Kille Mike on the track, ‘Southern Takeover.’

In 2006 he made collaboration with Memphis rapper Criminal Manne and released his three albums, firstly ‘Stay Tru’, Secondly ‘By Choice Or By Force’, and lastly, ‘Atlanta 2 Memphis.’

Troy released his mixtape, ‘Crown Royal Part 4’ in 2014. In the following year, he released the sixth edition of his Crown Royal mixtape series 2015 featuring Paul Wall and Bun B.

After releasing the last album, “O.G.P.T” in July he announced his retirement. Though, he released two albums, ‘Clubber Lang and ‘Enemy of the State’ later.

The producer also mentioned his second movie, which was written, and directed by him is set to be released on March 17, 2020. But, the movie has not been released yet.

According to Celebrity Net Worth, the net worth of Pastor Troy is estimated to be around 5 million USD. In addition, Troy’s salary and incomes are still under review.

In 2020, he made homophobic comments about the outfit Lil Nas X that she was wearing during the Grammy Awards.

Pastor Troy stands at a good height of 6 feet 3 inches weighing around 90 Kg. Additionally, he has a dark complexion along with black deadlock hair and eyes of the same color as well.

The former, ‘O.G.P.T’ frontman is present on Instagram under the username, @pastortroydsgb. His Instagram is enriched with more than 241K followers.

Read More About, Morgenshtern, Takeoff (Rapper), and Gift of Gab(rapper).

Senior Pastor Kenny Baldwin-Know his Life journey to the Lord!