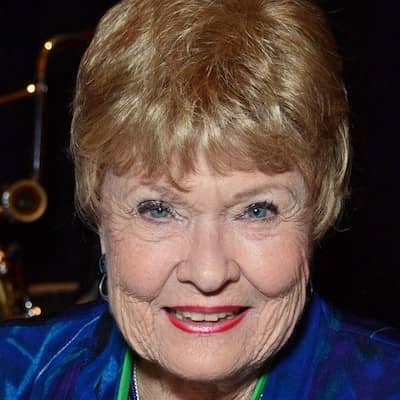 I have had very good feelings, and dealings with professional collectors. They are some of my best customers. I think they provide a wonderful service to fans and memorabilia collectors because a lot of the time these people would not be able to find out about or get in touch with those stars whose autographs they would love to possess

I think the most gratifying thing has been the many stories people tell me about watching The Munsters (1964) as a family and what these times have meant to them. When you work on a show, you never really know the impact you've had on people, until you do an autograph show, where they get to tell you how they feel.

What is the relationship of Pat Priest?

Pat Priest is currently in a married relationship. She exchanged vows with her second husband Frederick Hansing on 05 Dec 1981.

Prior to him, she has married Pierce Andrew Jensen Jr. Their wedding took place on 20 Aug 1955 and they were blessed with two children.

But Pat and Pierce could not keep up their conjugal life and divorced each other on 4 March 1967.

Who is Pat Priest?

Pat Priest is an American actress. She is known for appearing in The Munsters, Bewitched, and more.

Her last screen presence was in a TV movie titled Here Come the Munsters (1995) as a Restaurant Guest.

Her birthdate is 15 Aug 1936 but she was born in Bountiful, Utah, USA. Her full name is Patricia Ann Priest.

The names of her mother and her father were Ivy Baker Priest and Roy Fletcher Priest respectively. They were both the United States Treasurer.

Pat’s ancestry is Caucasian and as per her academics, she graduated from Washington-Lee High School in 1954. Also, she is a pass out of Marjorie Webster Junior College.

Pat Priest did a few big-screen projects. She had uncredited roles in Looking for Love and Quick, Before It Melts, and Airport.

But her popularity is with a TV series named The Munsters (1964–1966) as Marilyn Munster. She got the part after actress, Beverley Owen, left the show. Pat was also briefly seen in The Lieutenant as Waitress, Valentine’s Day as Lola, My Favorite Martian as Della Darwell, etc.

Some of her other notable TV acting credits are,

She has collected an estimated net worth of around $3 million as of 2021.

This The Munster star is keeping herself away from rumors and desperate scandals. But was suffering from non-Hodgkin’s lymphoma.

In 2001, she was diagnosed with this disease and she started treatments at St. Luke’s Mountain States Tumor Institute.

Regarding Pat Priest’s body features, her height is 5 ft 6 inches and her body weight is average.

Moreover, her eyes are blue and with hair is blonde color. Her skin complexion is fair with a lisp and breathless voice.

A rare and ancient plaque looted from old Mesopotamia repatriated from the UK to Iraq!