Updated On January 29, 2023 | Published By: Pranov Shrestha
Share this
In Relation 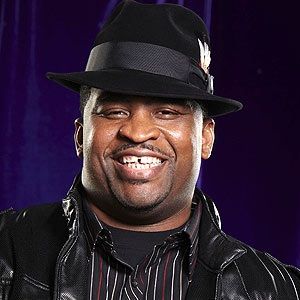 I like to be loved or hated - I don't like mediocre. So I'd rather have the entire crowd hate me than to have 90% hate me

I'm a decent cook, and I will try to cook anything. My only weakness is that I don't know servings - I only know how to make a lot.

What is the relationship of Patrice O'Neal?

Patrice O’Neal was in a relationship. He is having an affair with Vondecarlo Brown. They are dating from a very long time. He treats her as his wife. He has a stepdaughter, Aymilyon.

The couple is living a happy life and there are no signs of separation. There is no information on his past affairs.

Who is Patrice O’Neal?

Patrice O’Neal was an American stand-up comedian, radio personality, and actor. Prominent comedians such as Chris Rock and Louis C.K. consider him to be the principal proponent of the Richard Pryor school of stand-up, where the comedian goes up on stage without any fixed joke set-list and focuses more on the conversation with the audience.

What are the birth facts of Patrice O’Neal?

He was born on December 7, 1969, on November 29, 2011. He was born in New York City. His nationality was American and ethnicity was African-American.

His birth name was Patrice Malcolm O’Neal. His family moved to Boston when he was 1 year old. He grew up in the Roxbury neighborhood of Boston, Massachusetts. His mother, Georgia, named him after Patrice Lumumba, the leader of the Congolese independence movement, and Malcolm X.

He was raised by his mother and never knew his father. At the age of 17, O’Neal was convicted of statutory rape of 15-year-old and sentenced to 60 days in prison, served during his summer break, so as not to disrupt his schooling.

Patrice O’Neal was educated at West Roxbury High School and went on to attend Northeastern University, but did not graduated, both in Boston.

After Education O’Neal, various jobs including a sausage cart vendor at a train station, flower seller and popcorn seller at the Boston Garden Arena. In October 1992, O’Neal attended an open microphone comedy night. He heckled one of the comedians, who challenged O’Neal to perform himself at the next open mic night.

He did just that and so began his comedy career. Over the next 6 years, O’Neal became a fixture on the Boston comedy circuit. He then relocated to New York, becoming a regular at Manhattan’s Comedy Cellar. After this, O’Neal moved to Los Angeles and radio, television and film projects followed.

Patrice O’Neal appeared in various shows, both in acting roles and as himself. In 2005, re-taped his own episode of One Night Stand (2005) and in 2011 he had his own Comedy Central special, ‘Patrice O’Neal: Elephant in the room’. As well as on-screen projects, O’Neal worked on radio and continued as a stand-up in clubs and theaters. O’Neal final screen appearance was in September 2011 when he took part in the Comedy Central Roast of Charlie Sheen (2011).

He had his own Comedy Central Roast Charlie Sheen (2011) On November 29, 20111, O’Neal who suffered from diabetes, passed away, following complications from a stroke. He was 41 years old.

Patrice O’Neal: Salary and Net Worth

Patrice was a very honest man did not have rumors and controversies until his death.

He has a height of 6 feet 4 inches tall and weighs is unknown. His hair color is black and his eye color is dark brown.